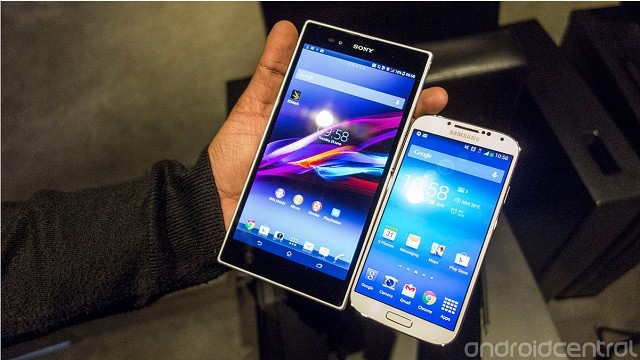 Did you feel that the 5-inch display on the Xperia Z was perhaps too small? Well your desires have been satisfied with the latest smartphone from Sony: it's called the Xperia Z Ultra, and it features a mammoth 6.4-inch 1080p "Triluminous" display that Sony says will work with numerous styluses, including any pencil. The Japanese company has also made this phone remarkably slim at just 6.5mm thick, although due to its large footprint it still weighs over 210 grams.

Aside from the massive display, Sony has packed in a Qualcomm Snapdragon 800 chipset to power everything, which features a 2.2 GHz quad-core Krait 400 CPU, Adreno 330 GPU, LTE, 802.11ac Wi-Fi and 4K playback capabilities. Other specs include an 8-megapixel Exmor RS camera, 16 GB of internal storage (of which 11 GB is available to the user), and a 3000 mAh battery. Like its Xperia Z brother, the Xperia Z Ultra is also waterproof thanks to IP55 and IP58 protection.

The phone will come out of the box with Android 4.2 'Jelly Bean' installed, and it'll hit shelves in the third quarter of this year in black, white and purple for an undisclosed amount of money.