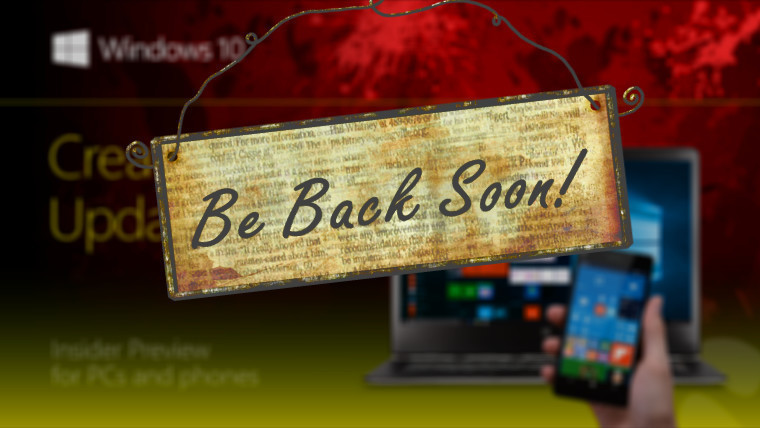 If you were hoping to get one more Windows 10 Insider Preview build before the holidays, you're out of luck. Dona Sarkar confirmed today that we won't see anything new in the Fast ring until 2017.

There's some good and bad news for Slow ring users. As 14986 was released for PCs yesterday, there will be no new Mobile build on the Slow ring until next month either. But the good news is that Microsoft will be releasing ISOs for the build next week.

@donasarkar And this also means no more builds for 2016. We will release ISO for the Slow ring build next week.

The original plan was to release a PC build today, but there was a blocker for Asian languages, forcing the team to postpone it. Obviously, it's better to delay new Fast ring builds than to leave some users in a bad state throughout the holiday season.

Fast ring builds are typically weekly (Slow ring is usually monthly), so we should be back to getting out regular Windows 10 Previews in the first week of January.