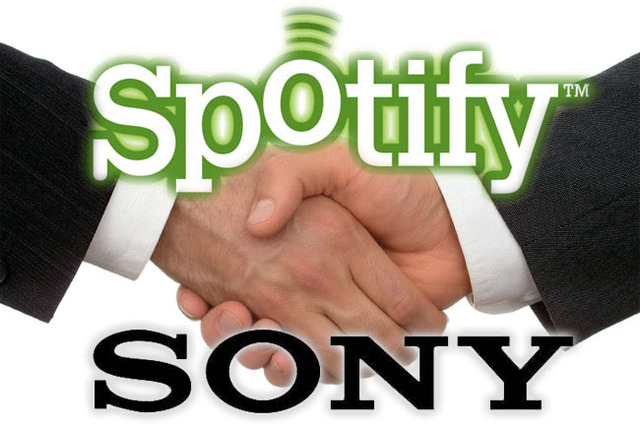 Spotify, the free on-demand music streaming service which has been loved by the few who have access to it may finally be reaching the United States after closing a deal with record company giant, Sony.

Spotify has finally won over Sony and had them sign a United States distribution deal, which multiple sources report on All Things Digital. This deal however does not mean that a launch in the U.S. will be any time soon, but instead informs us that Spotify is working with record companies to expand their enterprise. The music-streaming service needs at least two of the three other major music labels to sign on, specifically the largest, Universal Music Group. Other candidates include Warner Music Group and EMI for working on the U.S. release.

The service allows you to search for and stream tracks online, offers an "Artist radio" for users to expose themselves to new music, and everything is stored on the cloud. Alternatively, with the subscription-based accounts there is the ability to use the service offline via DRM'd tracks downloaded to your device.

Spotify has only been available in select European countries, however has been hard at work to gain access elsewhere. Most recently, the music service has been working with record companies to bring the music service into the states according to All Things Digital. The United States version of the service would work in quite a similar way to Europe's, offering free and subscription-based accounts.

According to the deal made by Sony and Spotify regarding the United States version, free accounts would have a limited amount of hours per month and be advertisement-supported, much like Pandora. Users would have the ability to purchase a subscription to remove ads, enable unlimited hours per month, and bring the service to your mobile phone.

Hopefully more companies will sign on with Spotify and sometime soon there will be an announcement about the service crossing the Atlantic. Until then, audiophiles can rest easy knowing Spotify is making progress on its way over.