European media service provider Spotify announced today that it has created a standalone music-streaming app designed specifically for children. Duly christened Spotify Kids, the new application will be available exclusively to members of the Spotify Premium Family subscription plan. Members will not be charged any extra costs to access the new application, the monthly subscription fee is inclusive of Spotify Kids in addition to the usual six individual accounts provided by the plan.

All content on the platform is filtered and handpicked to ensure that it is family-friendly and appropriate for children aged three and above. Additionally, Spotify Kids is further split into two age groups: younger children and older children. The ad-free app has a library of music brought to users in collaboration with some big names such as Nickelodeon, Disney, Discovery Kids, and Universal Pictures.

Since the app is designed for children, it features a bright and colourful UI which appeals to younger audiences and captures their attention. The layout is also simpler to understand and easier to use as compared to the original Spotify app. 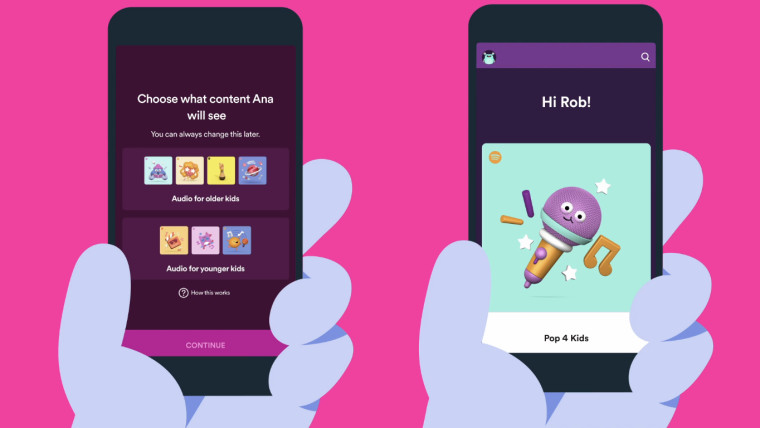 "Kids consuming audio content, such as music and stories, isn’t a new phenomenon—in fact, they love it. But most audio experiences were built with adults in mind—meaning they’re not simple, easy, or fun for young kids to use."

For now, Spotify Kids is only available in Ireland as part of the beta launch. While Spotify is yet to specify an exact release date for other regions, the launch press release did mention that the childrens' app will begin rolling out in markets where the Premium Family subscription is available 'in the coming months'.

Spotify Kids is available on both Android and iOS platforms alike. More information about the kids' music streaming application can be found on its official website.