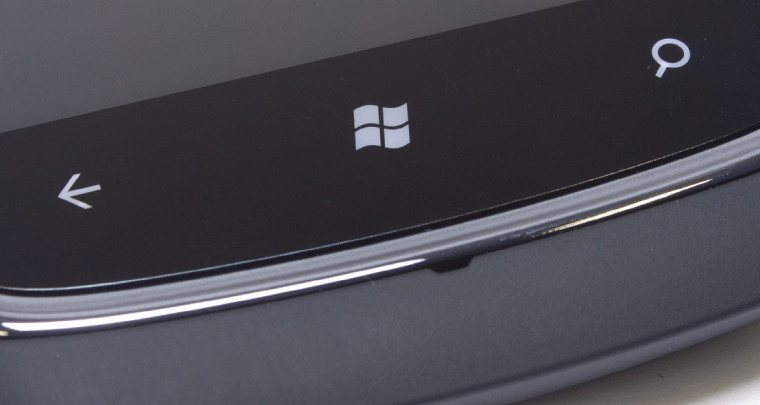 Microsoft is sending out emails to developers letting them know that starting January 1st, 2015, you will not be able to unlock a Windows Phone 7 device for app testing. Microsoft recommends that you unlock your device now so that you will be able to continue testing after this date.

Seeing that Windows Phone 7 has a very small market share at this time, we don't expect this announcement to impact that many developers. But, for the small group of developers that do, consider this your warning announcement by Microsoft.

After December 31, 2014, no Windows Phone 7.x unlock capabilities will be available. This means, for those of you who have not unlocked your Windows Phone 7.x device, testing of apps directly from Visual Studio on that device will no longer be possible. 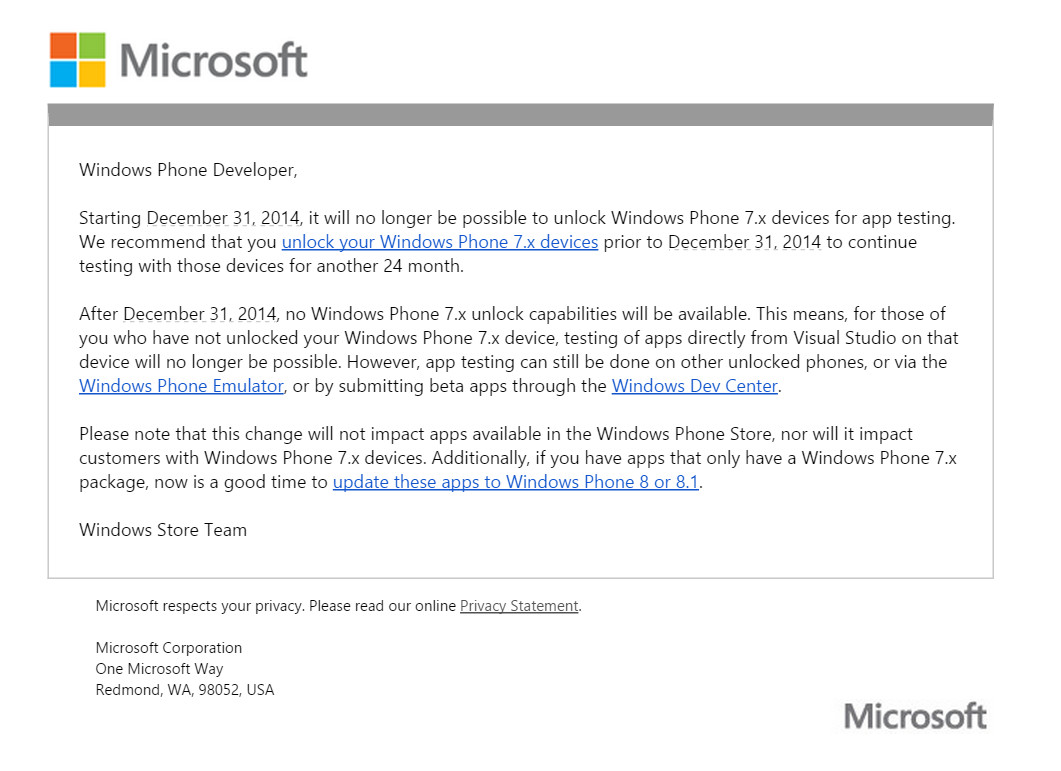 You can see the full email by clicking on the above image, but more than likely it has already hit your inbox if this particular issue pertains to you.

For Windows Phone 8 developers, there is nothing to worry about at this time and your devices will continue to function as expected for the foreseeable future.