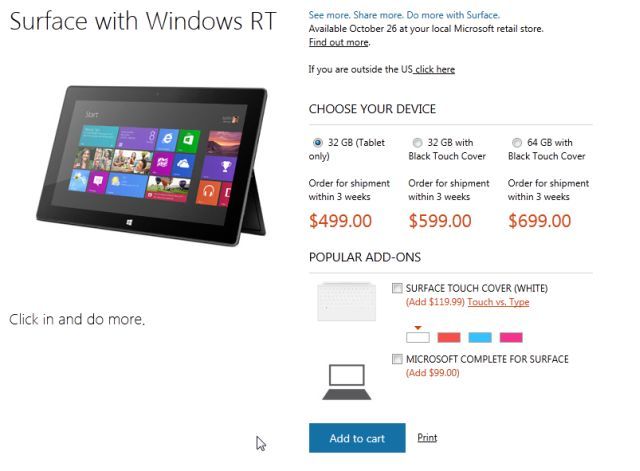 Microsoft launched sales of the Surface in its many Microsoft Store retail locations in the US and Canada today, including an early launch for its Times Square location in New York City. But if you want to order a Surface from the comfort of your own home, be prepared to wait a while.

Microsoft's Windows RT-based tablet sold out quickly in the US and later in other parts of the world in terms of their order coming from the Microsoft Store website. Just a few days ago, people who ordered a Surface were told they would have to wait between one and two weeks. Now all three models of the Surface are being shown as taking three weeks to ship for new orders in the US, as well as for all three versions in Australia and Canada.

We have emailed Microsoft to find out more about early sales of the Surface and when online customers can expect to see shipments of the Surface go down to more normal levels.

Thanks to ians18 for the tip!