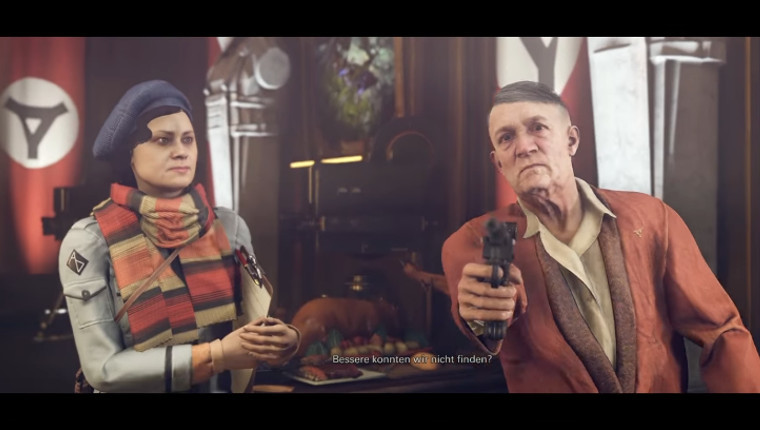 The German Entertainment Software Self Regulation Body (USK) has decided to lift some restrictions on Nazi imagery in German editions of games. Until now, there was a blanket ban on Swastikas and Adolf Hitler’s moustache, but now, USK will review games on a case-by-case basis. The previous blanket ban was imposed because USK believed that showing Nazi symbols was “anti-constitutional” and thus broke German law.

The rule change will bring the gaming industry in line with other arts. According to German law, Nazi symbology is allowed to appear in films and other “art or science, research or teaching” materials.

“Through the change in the interpretation of the law, games that critically look at current affairs can, for the first time, be given an age rating by the USK. This has long been the case for films and with regards to the freedom of the arts, this is now rightly also the case with computer and video games. … [USK judges will decide if content] has an artistic or scientific purpose, or helps to depict current or historical events.”

The censorship rules have been mocked in recent years with the launch of Wolfenstein II: The New Colossus. In order to have the game available in Germany, the Swastikas were replaced with triangles, Hitler’s moustache was gone, and rather than being referred to as Führer as is the case in the international version of the game, he was referred to as chancellor.

A trailer for the upcoming Wolfenstein: Youngblood was shown off in June and the German version as per the requirements had the Swastikas stripped from the game. It’s unknown if Bethesda, the maker of Wolfenstein: Youngblood will try to have to original version of the game approved by Germany’s USK in light of the new rule changes or whether it’ll wait until its next game.