John Legere, chief executive officer of T-Mobile US, is well known for his outspoken views, and frequently takes to Twitter to share them with his 288,000 followers. Even at official media events, Legere is famed for his profanity-laden speeches, often referring to rival carriers in less than flattering terms. 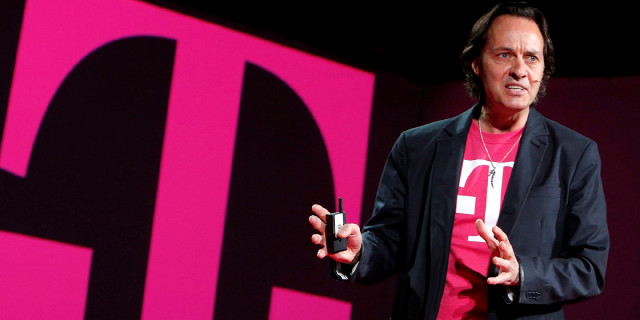 Legere is the most visible and vocal proponent of T-Mobile's 'Uncarrier' initiative, which claims to champion the needs and requirements of the consumer, something that he regularly accuses rival carriers of failing to do. But as Bloomberg reports, he went a bit further than usual at the latest Uncarrier event, in comments regarding the two largest networks in the United States, AT&T and Verizon.

He referred to them as "these high and mighty duopolists that are raping you for every penny you have", he said. "If they could do something nice for you they would." He added: "The f***ers hate you."

His comments were met with wide disapproval across the tech community and beyond. However, he has since apologized for what he said:

The drawback to having no filter when I speak… sometimes I need a filter. Genuinely apologize to those offended last night

I know I have an Rated R vocabulary, but even I can go too far. Sincere apologies to anyone offended last night

Legere is expected to become the CEO of the new company formed by the merger of T-Mobile and its rival Sprint.