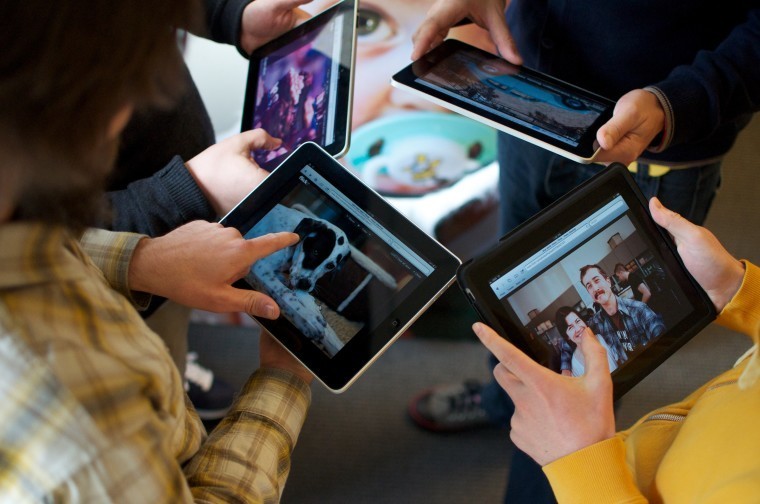 Tablets have seen a massive surge in popularity with the release of the first Apple iPad, and during the last few years the user base has been growing at a fast rate. The growth rate was predicted to slow down by IDC in a report made in November 2014 that suggested the decline in iPad sales as the culprit.

Now we have research company eMarketer with an analysis that seems to confirm the trend described by IDC. Their estimates indicate that more than 1 billion people - or approximately 15% of the global population worldwide - will use a tablet in 2015, and that number is expected to climb to more than 1.4 billion by 2018. 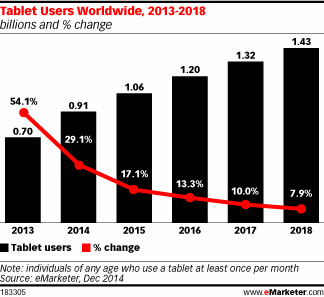 The projections align with IDC’s predictions, showing that the growth is expected to have a sharp decline in 2015, and would continue to dwindle in the future. From year-over-year gains of 54.1% in 2013, it would decrease to a more modest, yet still significant 7.9%.

The market research company attributes this trend to the abundance of tablets in developed markets, which has almost matured, and the lack of prospects for emerging markets. Furthermore, good tablets rarely justify their cost, and are facing strong competition from phablets, wearables, smart TVs and portable game consoles, especially in Japan and South Korea.

Cathy Boyle, senior analyst at eMarketer, believes that a tablet “is not as clear-cut or compelling as a communication tool” compared to a smartphone. Another interesting prediction is that China will account for more than 328 million tablet users in 2015, or approximately one third of the world’s total. Also, Brazil and Indonesia are expected to enter top five markets.

Remember that this is all based on estimates and current trends, but with recent rumors of an iPad Pro, as well as a high end slate from Sony, it’s still too early to jump to conclusions. There’s also Windows 10, which could bring some interesting things to the table when it launches this year.