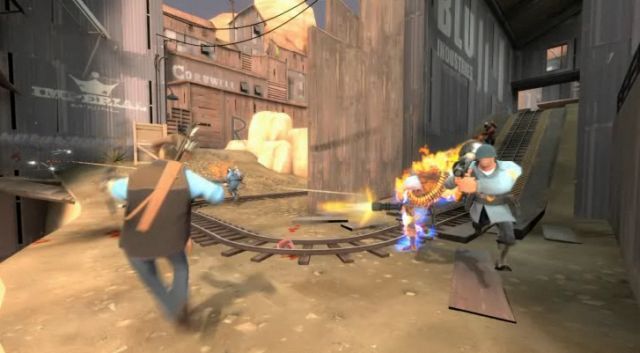 Team Fortress 2 players got a nice surprise late on Thursday night with a new content update for the multiplayer shooter that adds, among other things, a long awaited replay system and video editor that should make creating in-game movies much easier. The update is now available via automatic download via Steam.

The official Team Fortress 2 web site has a description of the new replay system along with an example video made using the replay editor. The replay editor can be access via the game's main menu under, what else, Replays. After that you hit Watch/Edit on whatever replay you wish to view. You can examine and edit the match action via first person, third person or free camera viewpoints. The editor allows you to segment a replay into takes with in (start) and out (end) points. Once you are done editing a take you can save it, name it and watch it. More info on how to create a video with the replay editor can be found at the Steam web site.

You can upload your Team Fortress 2 movie to your Steam community page or you can try to achieve viral video fame by uploading the video from the replay editor directly to YouTube. But that's not all. If your video achieves 1,000 YouTube views Valve will give you an exclusive in-game hat that looks like it has a video camera attached to it. There's even some new replay editor achievements that can be won. One of them is Star of my Own Show which can be achievement simply by spending time editing a replay. If you achieve that you also get access to a special series of in-game character taunts.

And that's still not all. In order to launch the replay editor correctly Valve has decided to hold the first annual Saxxy Awards which will award the best videos made with the Team Fortress 2 replay editor in 20 different categories with a "foot-high bust of an almost entirely naked Australian man." If you are interested in entering the awards, you need to decide pretty quickly as entries must be turned in by May 19. Finally Valve has given us a new online Team Fortress 2 comic book, "Meet the Director", to enjoy on our own.