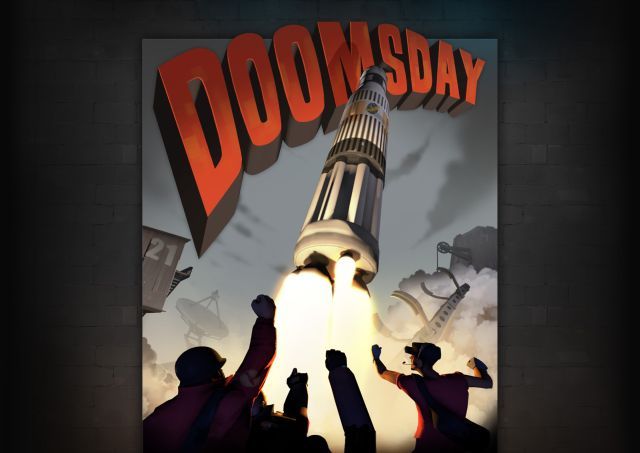 After launching what appears to be a new ARG effort in Team Fortress 2 last week, Valve has announced it will offer players of the free-to-play multiplayer shooter a massive new content update this week. The update is under the umbrella name Pyromania which (in addition to being the title of the great Def Leppard album) means we will finally get that long awaited "Meet the Pyro" video on Wednesday.

The Pyromania page has posted up the first information about the update. It will include a new gameplay mode and map called Doomsday. It states:

Doomsday pits BLU against RED, with only one team getting the honor of transporting a suitcase nuke full of recalled Mann Co. Australium to American monkeynaut Poopy Joe’s rocket, so he can blast off and hunt down Soviet space chimp Vladimir Bananas.

The page also lists the 11 new Steam Achievement titles that will be included in the update, although there's no word as to what players have to do to achieve them. More information on the big update will be released on Tuesday and Wednesday.

Valve and Adult Swim are also working on some kind of Team Fortress 2 collaboration that should be released this week, although it's unknown if it will have anything to do with the Pyromania update.