For Call of Duty fans, developer Treyarch just delivered an early Christmas present when they released Black Ops II this week. As the ninth game in the Call of Duty franchise and the sequel to the 2010 game Black Ops, we are hoping to see something meaningfully new from Black Ops II. We say this because last year's release (Modern Warfare 3) was somewhat lackluster on the PC, and also because the competing franchise Medal of Honor: Warfighter has received mixed, if not poor reviews overall.

But we could be in luck as Black Ops II is the first game in the Call of Duty franchise to feature future warfare technology and the first to present branching storylines driven by player choice. But as usual, our main concern from a performance article perspective has to do with the game engine which has been slow to evolve over the years. The key changes to the game engine include a new technology called "reveal mapping" which improves texture blending by comparing tones between two textures before blending them together. 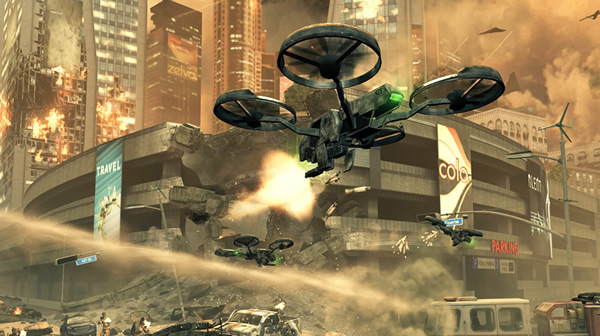 Lighting has also been improved and now includes HDR lighting, bounce lighting, self-shadowing, intersecting shadows, and various other improvements. On paper the upgrade also calls for the move to the DirectX 11 API for the PC version of the game. This means PC gamers should enjoy better visuals when compared to those using console versions.