Recently we revisited the battle between the high-end Nvidia GeForce GTX 400 and ATI Radeon HD 5000 graphics cards series using updated drivers and a new testing method that saw us abolish all time demos. This comparison was limited to single GPU testing at what we consider to be the mainstream screen resolution for high-end PC gaming.

But for those amongst you that like to take things to the next level, gaming at 2560x1600 with 30-inch displays and beyond. For extreme users that do not necessarily care about value, power consumption or even heat... who offers the best gaming solution? This question leads us to a new showdown between ATI and Nvidia, only this time using a pair of GeForce GTX 480 graphics cards in SLI versus a pair of Radeon HD 5870 using Crossfire technology. 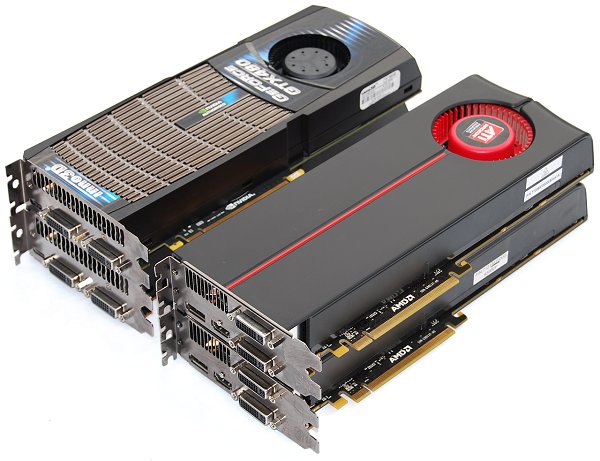 For many of us the prospect of spending $400 on a Radeon HD 5870 graphics card seems a little crazy, let alone the $500 Nvidia is asking for the GeForce GTX 480. So it goes without saying that those willing and able to purchase two of these mighty graphics cards are in the minority. Still, such configurations do exist and those of you looking to go down that path will be interested to check our findings.