Released in late 2008, the original Silverstone Raven RV01 quickly caught our attention because of its strange orientation that pointed the motherboard upward at a 90-degree angle, so the "rear" I/O panel was placed on top of the enclosure instead of behind.

Indeed, the RV01 was quite unique but it didn't execute the design as well as it could have, among the most common complaints: PSU placement and massive size. Silverstone was thus forced to be more creative with their next-generation Raven. 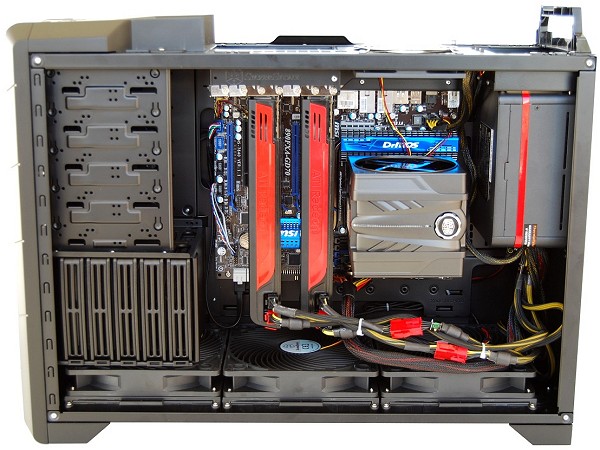 The Raven 2 Evolution has a more efficient design, it is 24% skinner and 18% shorter than the RV01. The smaller dimensions have also allowed Silverstone to shed 17% of the overall weight. The new changes make for a very interesting computer case that maintains the unorthodox orientation, let's dive in for a closer look...