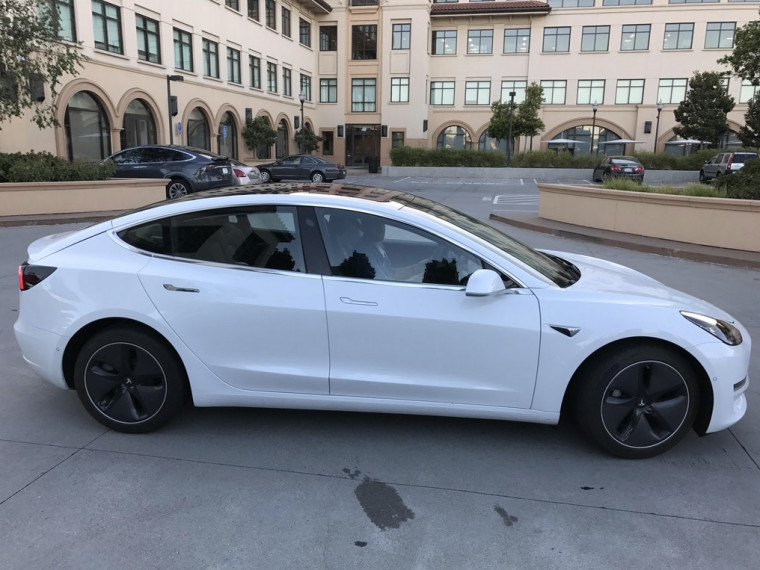 Last month we got some great shots of the much-anticipated Model 3, Tesla’s attempt to bring an electric car to the masses. Today Elon Musk, the company's CEO, made some exciting announcements on Twitter about the electric compact sedan. Having passed all regulatory requirements two weeks ahead of schedule, the car with Serial Number 1 will be complete this Friday. On the 28th, the first 30 deliveries to customers will take place at a handover party. From there, production is set to grow exponentially over the coming months. A hundred cars are expected in August, while more than 1,500 will be ready by September. By December, the company is expecting to produce 20,000 cars per month.

Model 3 passed all regulatory requirements for production two weeks ahead of schedule. Expecting to complete SN1 on Friday

The Model 3 has over 400,000 preorders, and to satisfy the demand, Tesla hopes to ramp up production in 2018 even more, with a target of producing 500,000 units annually. The Model 3 has a starting price of $35,000 and an average order price of $42,000. If the EV maker can meet its production goals, the electric sedan could become one of the top twenty best-selling cars in the US. The first customers to get their hands on a Model 3 will be current Tesla owners. When those orders are fulfilled, it will depend on your place in the pre-order queue. According to a statement from Musk in May, Tesla also plans to open a hundred new retail, delivery and service locations.

At a shareholder meeting last month, Musk admitted that he made a mistake with the launch of the Model X, offering too many customization options, a fact that increased complexity and caused delays in production. Learning his lesson, Musk said that initial configuration options for the Model 3 will be more limited, to help the company reduce complexity and avoid any issues that may cause delays.

Having recently surpassed BMW’s market capitalization, Tesla needs the Model 3 if the company is to live up to its huge valuation. The two current vehicles that Tesla offers, the Model S and Model X, are very expensive. The Model 3 will be by far the cheapest in the company’s range, and it will be the one Tesla hopes to sell to as many people as possible.