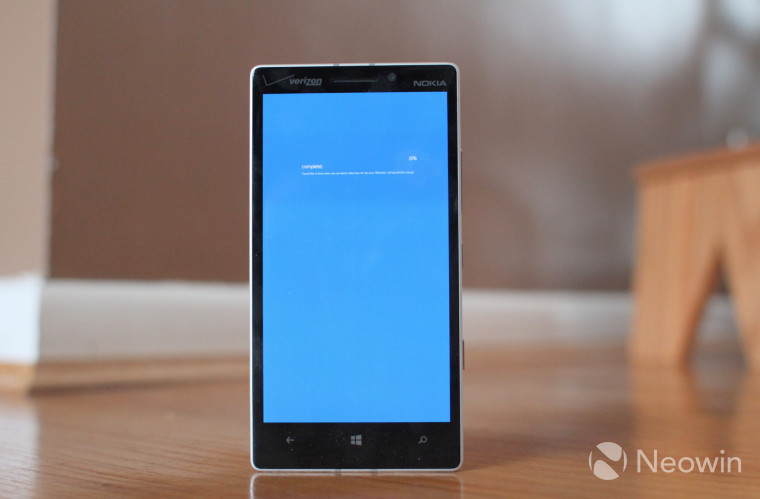 Earlier today, Microsoft finally announced that Denim would be arriving for Lumia Icon users. But, if you are like me, and have been participating in the dev preview program, you should know that my phone was killed after trying to install the update over the air.

Here's the deal, I have two Lumia Icons: the one running stock Windows Phone 8, and is not part of the dev preview program, updated just fine; but my second device, the one in the program, has been killed. I refrain from using the term 'bricked' as I should be able to recover the device using the recovery tool for Windows Phones.

But, here is the odd thing, Joe Belfiore stated on Twitter that you do not need to use the recovery tool to update which to me seems like he is talking about those in the dev preview program needing to reflash to get the new build. But, as you can see by the image at the top of the post, my phone is currently BSOD and restarting it results in the phone showing the same screen.

If you have an Icon and have not updated yet, you may want to look around to see if any others are having this issue. If you are part of the dev preview program, I'd take extra precaution when updating as this phone did not survive the experience.

It is worth pointing out that my phone succumbed to the BSOD about 10 seconds into the install process, so if your device got further than this, you should (hopefully) be safe.