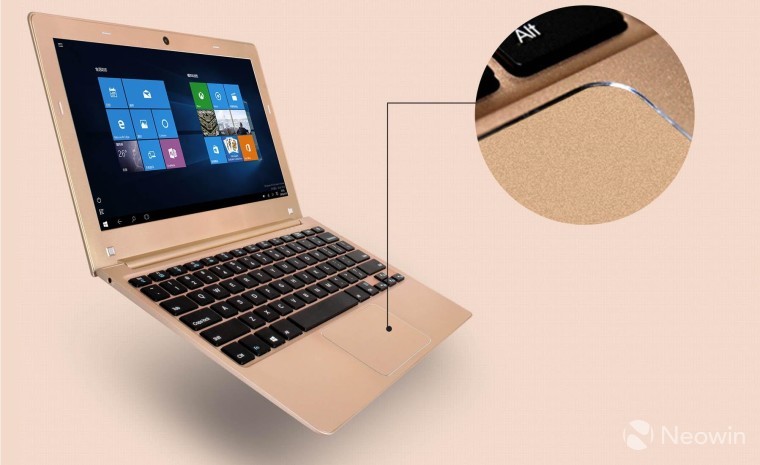 While we've seen a lot of iPhone and iPad clones over the years, we haven't often seen much MacBook impersonation, outside of a few examples here and there. A smalltime Chinese manufacturer called Jumper is looking to get in on the action, however, with a new laptop announced called the EZBook Air that has taken at least a bit of inspiration from Apple's design team.

The EZBook Air appears to only have two ports: a single USB Type-C port (for both charging and accessories) and a 3.5mm audio jack. It may also end up having full metal build - much like the real MacBook - although there is no indication if the entire thing will be CNC machined out of a single metal piece like MacBooks are.

Some of the more notable specs include:

It appears that Jumper will only be releasing the device as rose gold-toned rather than having multiple color options, which is somewhat disappointing, given that this hue is unlikely to appeal to everyone.

The laptop appears to be extremely thin - just 4mm thick at its thinnest point, according to Jumper - with the bottom half being only marginally thicker than the 3.5mm headphone port and the top half appearing to be a couple of millimeters at most. It's also claimed that it weighs in at 960g or just over 2lbs, making it a full pound lighter than the MacBook Air. 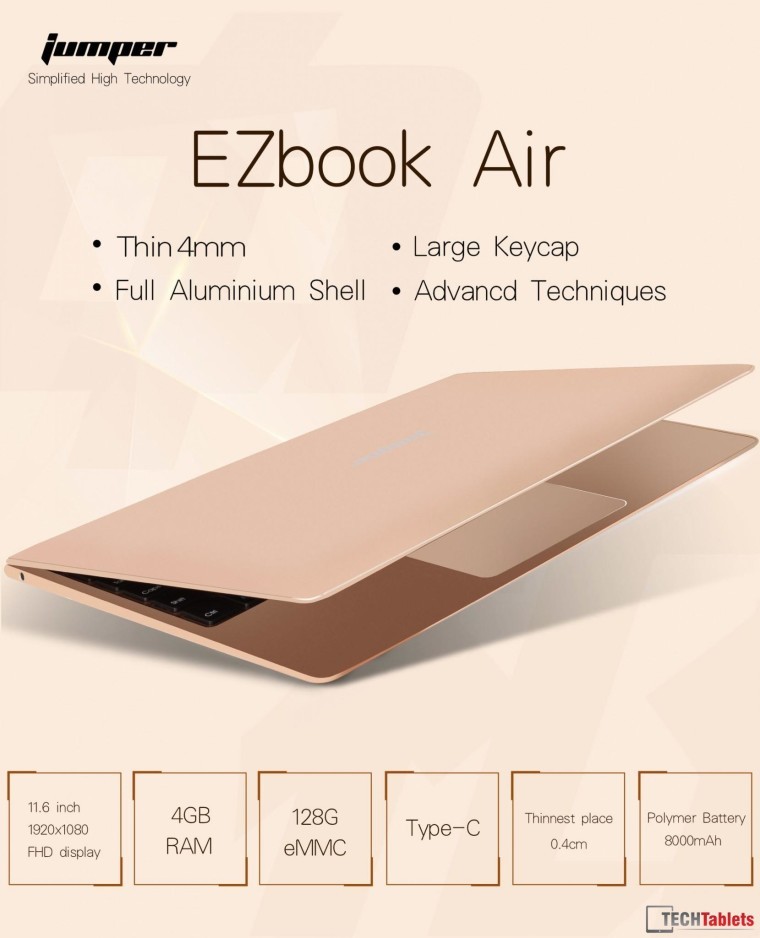 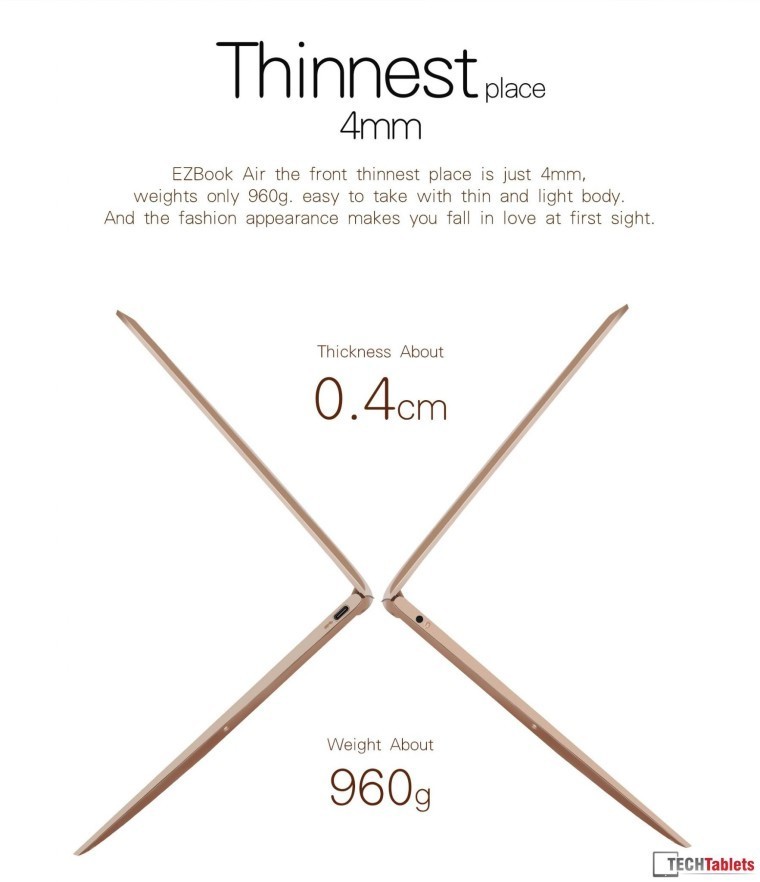 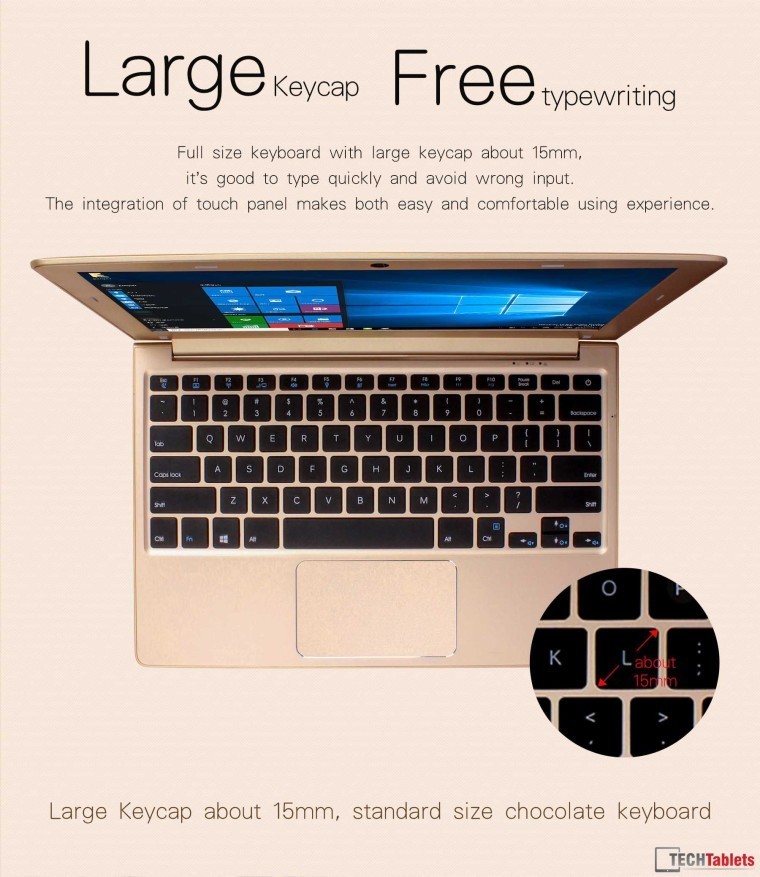 It's fairly obvious that the device will be lacking in more than one way in comparison to its Apple counterpart, but if the trackpad and keyboard work well then it may make for a great casual-use device. The pre-sale price appears to hover around the $280 mark, but pricing should become clearer over the next few weeks.