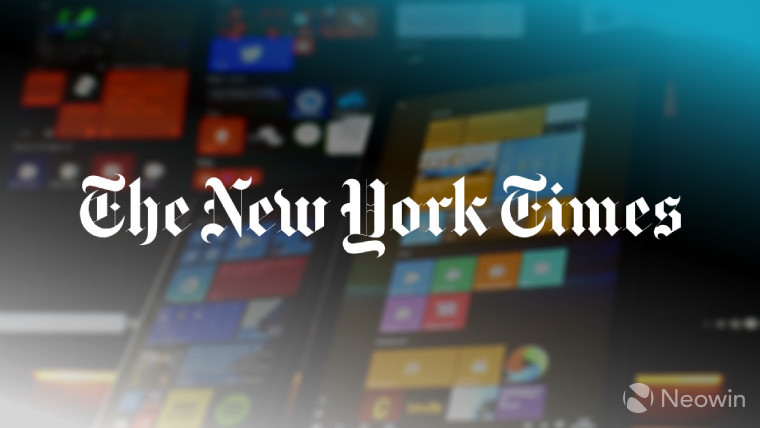 The New York Times (NYT) has become the latest big name to scale back its app support for Microsoft's operating systems. In recent days, Amtrak and MyFitnessPal both killed off their Windows phone apps due to low usage; and last month, Angry Birds developer Rovio said it would no longer release or update its games on Windows phones and PCs.

As Windows Central reports, the NYT actually ended support for its PC and tablet app on Windows 8 and Windows 10 on June 30, but it's only begun actively informing users about that in the last couple of days, through an in-app notification.

The New York Times app originally launched for Windows 8 in 2012, but it seems that it may have required some work to bring its features up to parity with those offered on the newspaper's website, and in its apps on other platforms. On an FAQ page, the NYT said that its site "offers a more complete New York Times experience than the app on your Windows device."

It added: "We've made the decision to concentrate on delivering you the best possible experience through our website and other apps." Those who purchased subscriptions to the NYT via the app will be able to use the same login details for full, unlimited access to its site.

But while the Windows PC and tablet app is no longer offered, the app is still available to download and use on Windows phones... for now.