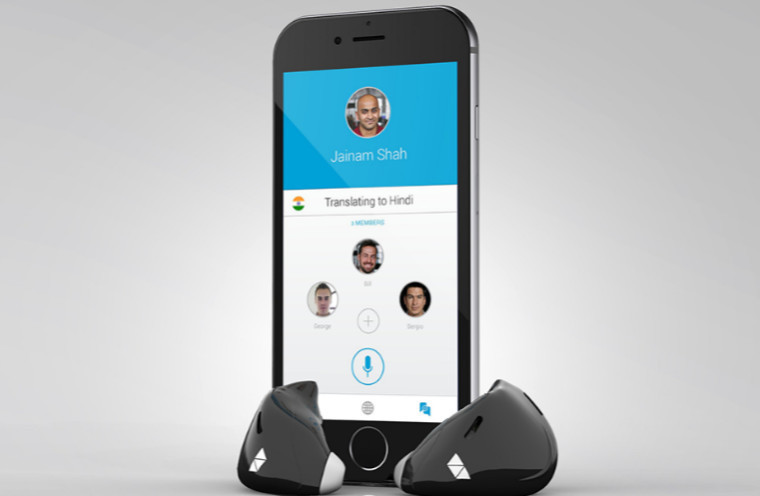 Science fiction creations like the Universal Translator in Star Trek or the Babel Fish from The Hitchhiker’s Guide to the Galaxy could be getting closer to becoming reality. A start-up company based in New York, Waverly Labs, has developed an earpiece that can do translations in almost real time.

While other products, such as Windows 10's Cortana, Google Translate and others can instantly translate spoken and written language, the 'Pilot' is designed as an offline tool to streamline conversations between two people.

While the device will initially translate only European languages like English, Spanish, French, Italian, Waverly Labs said other languages, like those from East Asia and Africa, will become available soon after the initial release. These additional languages will be accessible for an extra fee, although those who pre-order the gadget will receive them for free.

The ‘Pilot’ is expected to cost around $249-299 USD, but those wanting to receive the product early can sign up on Indiegogo, where it will be available from $129 to approximately $179, depending on how early you commit. The option of pre-ordering the technology is set to become accessible on May 25th. However, delivery of the device could take as long as next Spring, as Waverly Labs said more testing of the earpiece is needed.

The package will include two earpieces, a portable charger and the associated phone application for configuration. As demonstrated in the video above,Therefore, both users will each wear one of the earpiece, speak as normal, and the other person's earpiece will translate the speech to their preferred language. If the user only has one earpiece, the other person can view the translation on their phone or tablet.

Initial reports of the 'Pilot' described it as more of a personal assistant, featuring services like e-mail, note-taking and managing appointments, as well as instant translation. Waverly Labs hopes to update its website with more specific information in the coming days.