Ever since I unboxed the Windows Phone 8X by HTC back in November 2012, I've been using Windows Phone 8 as my daily driver, and a couple of days ago marks a full three months of using the platform. I wanted to give myself a decent stint using Windows Phone to see whether the operating system is the right choice for me - I've even used it across three devices - and the verdict is in: I won't be sticking with WP8. 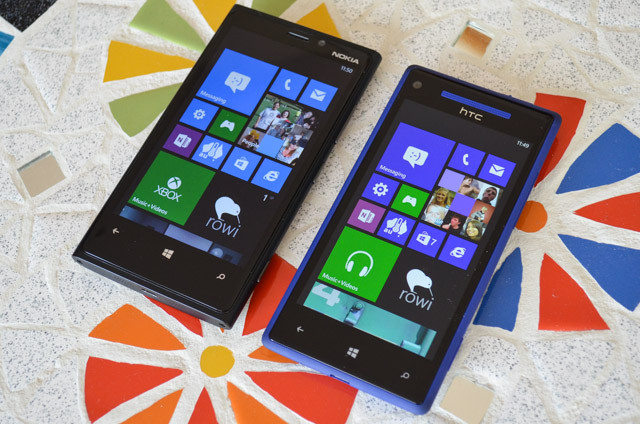 As a reviewer I'm in a rare position where I can simply pick and choose whichever phones and operating systems I want to use. I have the opportunity to test a range of different hardware and software over the course of a year, and if I don't like something I can simply return to Android or iOS without any serious cost to me. Writing for a website that covers a lot of Windows Phone, I wanted to get some serious use of the refreshed OS under my belt, but after using it for three months it just isn't right for me.

So why isn't Windows Phone 8 the right choice? Here's an outline of what I found awesome about the platform, and what needs improving before I can call it my #1 choice.

Undoubtedly there are some great things about Windows Phone, a lot of which I will miss when going back to using Android devices. One thing in particular that needs reiterating is how good some of the hardware is: from the spectacular low-light camera on the Lumia 920, to the sleek design and beautiful display of the HTC 8X, and even to the compact yet solid HTC 8S, I never felt as if the hardware of the smartphones was hindering my experience using the software, and that's exactly the way it should be. 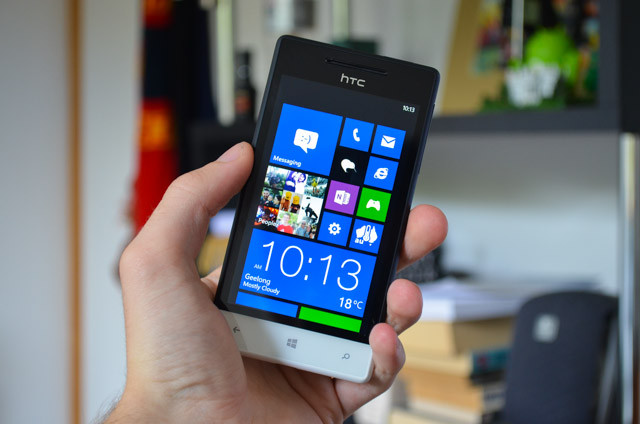 One of the definite highlights of my time using Windows Phone 8 was the Live Tile touting Start screen, which is by far the best way to quickly display information on the homescreen of a device. Everything you want to know is just there, at a glance, without any of the hassle of having to open up an application. And the square grid arrangement - complemented by icons, colors, photos, and data - is simple yet aesthetically sublime.

The other highlight is the fluidity of using the operating system. Animations are smooth, transitioning beautifully from app to app with little delay, while general UI actions feel incredibly responsive and fast. When using third-party apps it never feels like you've left the Windows Phone environment, as the vast majority of developers have coded applications to the same design standards used throughout the system interface.

I enjoyed waking up every day to a different lock screen image thanks to Bing's rotating backgrounds, and searching was always visually pleasing and quick, thanks to the combination of a physical search button and the imagery used in the search app. Information was always presented in an uncluttered way, so that the important stuff was always front-and-center without any unnecessary distractions. 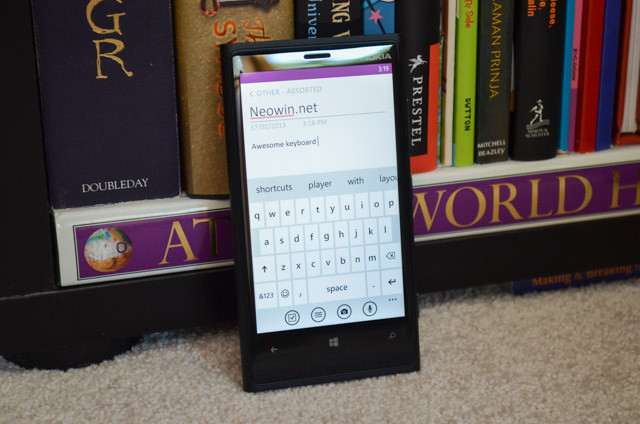 Windows Phone's included keyboard is also one of the best going around, offering quick predictions and fluid use in a simple, "it just works" fashion. Even using the keyboard across a range of phones with different display sizes and resolutions, the learning curve was always small, allowing me to simply pick up another device and continue my typing style without any significant changes. You can't use a third-party keyboard in WP8, but so what? The included one doesn't need replacing.

Praise also needs to be given for the Gaming Hub, which is a go-to destination for all smartphone games on Windows Phone that prevents app list clutter from having games slotted in-between productivity apps. A number of games are integrated with Xbox Live, meaning I can add to my gamerscore on the fly (and increase my e-penis lead over my friends), and SmartGlass integration with my Xbox 360 works the best on Windows Phone. 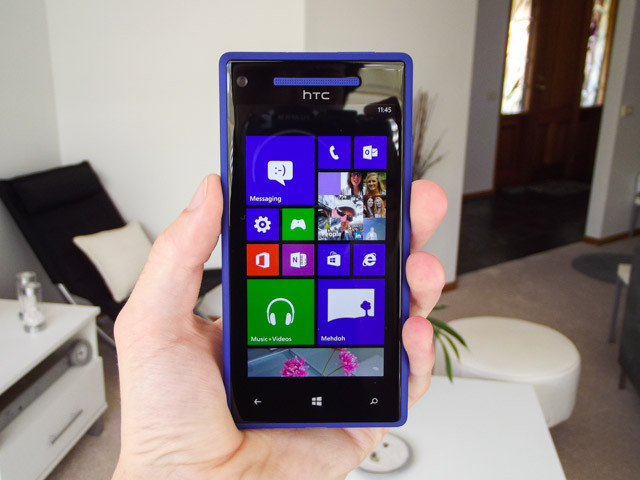 Finally, the default, out-of-the-box Windows Phone 8 configuration is one of the best going around. Often when I get an Android device into my office for testing, and I'm setting it up for first use, I need to comb through the device and app settings to make sure everything works the way I like, but with Windows Phone there's little that needs tweaking; and let's not forget device syncing to the cloud which makes setting up a new Windows Phone even easier.

With Windows Phone 8 there is no glaring flaw, or huge omission that makes the entire operating system a pain to use, but more a combination of smaller factors and annoyances that aren't present on other established platforms. What makes these issues more annoying is that with a bit of extra time, polish and development, all of them could be addressed in a future update with relative ease. 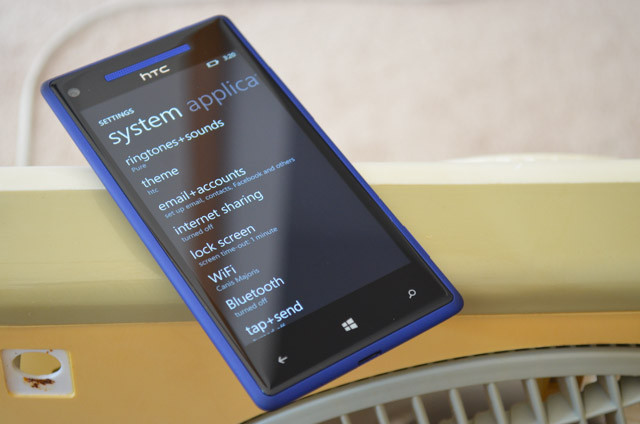 The principle used for Windows Phone, like iOS, is that for the most part it "just works" with little configuration needed. For end-users and those with lesser experience using smartphones, this approach is fantastic as a complex array of settings and options can be overwhelming, and often some feature highlights can be missed unless you are told they are there. With Windows Phone the best stuff is enabled by default, and a variety of other extra features are very easy to enable.

The problem I have is that the best configuration is not necessarily the configuration I'm after. I've been spoiled by Android with its multitude of options, and switching to Windows Phone eventually became a downgrade in this respect after the initial wow-factor had disappeared. After several months of use the functions of Windows Phone became the norm, and I was left wondering why the platform couldn't do certain things. I started to remember that previous Android phones I'd used, such as the Galaxy S III and HTC One X, had some cool extras, and I began to question why the Windows Phone I was using couldn't do these things. 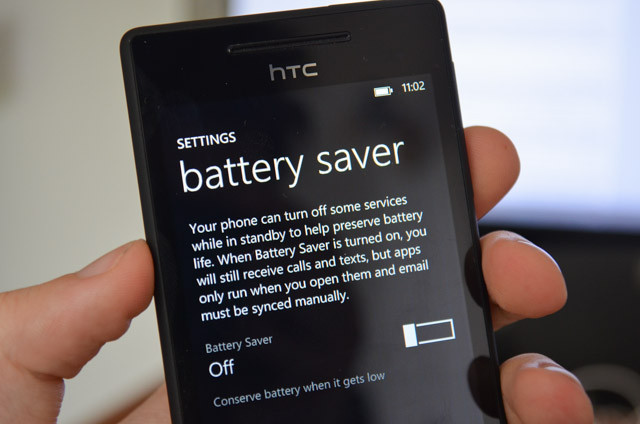 Of course none of these things were particularly big, but as I mentioned before they all add up. Why can't I easily change from vibrate mode to silent mode for sleeping? Why can't I set a different volume for notifications and music? Why can't I check what apps have been using battery? Why can't I get a report of my phone's data use? Why can't I change the default mapping app from Bing to gMaps? Why are there only three manual brightness levels? Why isn't the search button contextual? Why isn't the clock always shown in applications? The list goes on.

Then there's a bunch of things that just seem poorly executed. The Lenses feature for enhancing the functionality of the camera is a good idea on paper, but accessing these extras is just plain slower than having them integrated into the camera app; not to mention how most of the good Lenses are Nokia exclusives. Internet Explorer 10 is fast and easy to use, but the persistent font size and rendering weirdness just pisses me off every time I have to deal with it.

And let's not forget Google integration: a complete and utter mess that needs attention from both parties. It's like a breath of fresh air going back to Android and having a proper Gmail app, full Calendar integration, and a decent mapping app. 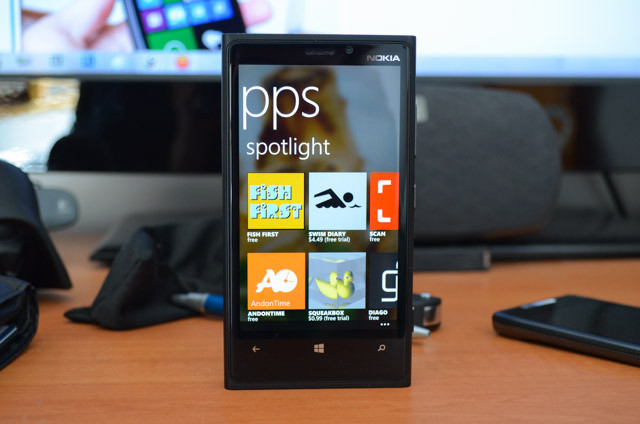 Another thing that draws me away from Windows Phone is that the quality of some of the top apps available for Android and iOS is far beyond that of WP8. I recently went through and updated and installed some new apps on my Android smartphone, and after downloading Falcon for Twitter I realized how lacking Rowi - and other WP8 Twitter apps - are in comparison not only from a feature perspective but also from design. If there's an app available on both Android, iOS and Windows Phone, you can almost certainly bet that the former two are the better renditions (just look at Facebook).

This is, of course, completely ignoring the persisting lack of popular apps on Windows Phone (Instagram comes to mind) and the slim selection of games (just look in the iOS or Android app stores). I know this is something that can only be fixed through time and Microsoft's persistence, but it is still a factor that detracts from the platform and a major reason why I struggle to recommend it to people wanting to move away from more established ecosystems. 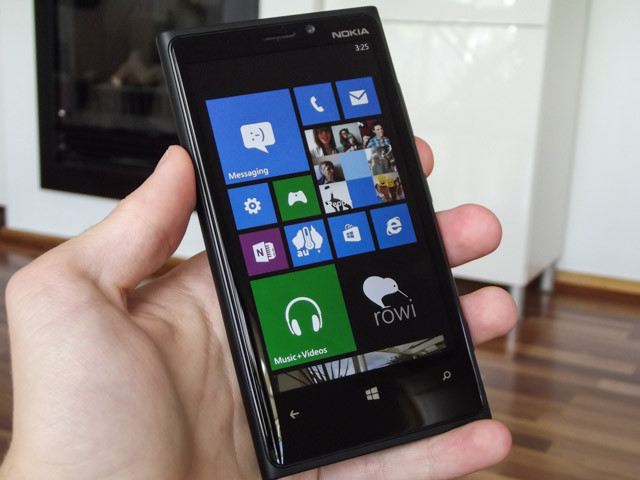 The fact is that I was once picking up Windows Phones and going "oh wow, this looks beautiful and functional" and now I'm picking up Android devices and going "oh wow, I can actually do this with my smartphone". Windows Phone 8 is good, but it's not yet great, and that's why Microsoft needs to look closely at what consumers like about Android, iOS and others and start implementing the best ideas they have.

At one point I was seriously considering moving permanently to Windows Phone as my platform of choice, but after three months of use I just can't bring myself to make the switch. Windows Phone 8 is close to doing everything I want, but Android is just that little bit closer.