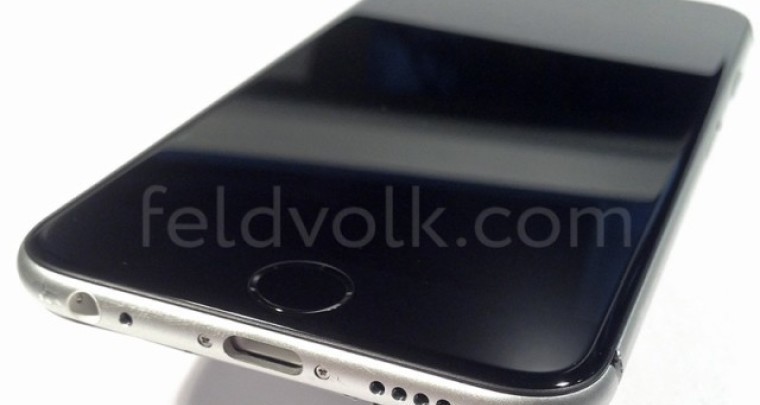 The images are reportedly from the 4.7-inch variant of the iPhone 6.

It's less than a month until the announcement of the rumored iPhone 6 and we finally get our first glimpse of a completely assembled unit. Although we have previously seen the screen, the casing, and other components, this is the first time that we are getting to see all these parts fully assembled.

While these images come from a fairly credible source, luxury iPhone and iPad accessory creator Feld & Volk, since some of the components shown are in prototype form, it's very possible to see changes from this unit and the final launch product.

Regardless of the imperfections, the iPhone 6 is looking quite svelte, with similar styling to the current generation iPod Touch. Perhaps what is most eye-catching is how the screen melds into the frame thanks to its curved edges, giving the device an organic appearance. This is in stark contrast to the current flagship, the iPhone 5S, which has a more industrial design thanks to its hard lines.

Although, the iPhone 6 has been leaked fairly heavily, we still have yet to see much information about its larger sibling, the 5.5” device (possibly) known as the iPhone 6L. For those eager to get their hands on an iPhone 6, Apple will hold an event announcing the device on September 9th, with a rumored shipment date in October.