Earlier this week, Microsoft sounded off its battle cry with its new Xbox One X commercial and its Feel True Power campaign. As we are only a couple weeks away from the retail launch, the firm has announced its plan to celebrate the occasion, with events taking place in various regions around the globe. 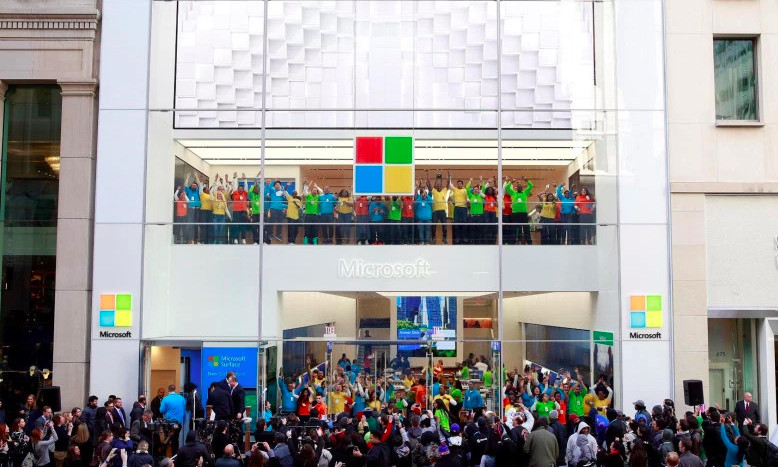 If you're local to New York, Microsoft is having an Epic Fan Celebration at the Microsoft Store on Fifth Avenue where it will be inviting all Xbox fans to join in on the launch of its latest console. Those in attendance will be able to get their Xbox One X console on November 6. If that wasn't enough, the store will be giving away exclusive Xbox swag whether you're picking up a pre-order, purchasing on the spot, or just stopping by for the experience.

Not everyone is in the New York area and Microsoft knows this, so they will extending the celebration out to its other stores. Xbox fans will be able to visit their local Microsoft Stores in the United States, Canada, Puerto Rico, and Sydney to get in on sweet giveaways, hands-on time with the Xbox One X, and more. These stores will also be offering early pickup and purchase of the console starting at 9pm on November 6. Furthermore, the Bellevue Square Mall location in Washington will be hosting a meet and greet with Cliff Avril of the NFL's Seahawks on the same day from 7pm to 8pm PT.

Don't have a Microsoft Store local to you? Fear not, as Best Buy and GameStop locations will be committed to opening their doors at 9pm PT or 12am ET to get consoles into the hands of eager gamers. There will be participating locations that will also have giveaways and special offers. Those located in Australia and New Zealand will be happy to know that participating EB Games locations will be opening at midnight to celebrate the launch of the console.

If that wasn't enough, Microsoft will be hosting a few live stream events for the release of the Xbox One X that will take place in Germany, France, and the United Kingdom on November 6. These events will all be available to watch on the Xbox Mixer channel. If you won't be able to make it out of the house, you'll still be able to partake in the excitement by watching the “Xbox One X Launch: Live,” event that will be a one-hour long live stream from the Mixer NYC Studio starting on November 6 at 8pm PT. This will be streamed on the Xbox channel on Twitch, YouTube, and Facebook Live. If you haven't already, you can still pre-order the Xbox One X from your local retailer.