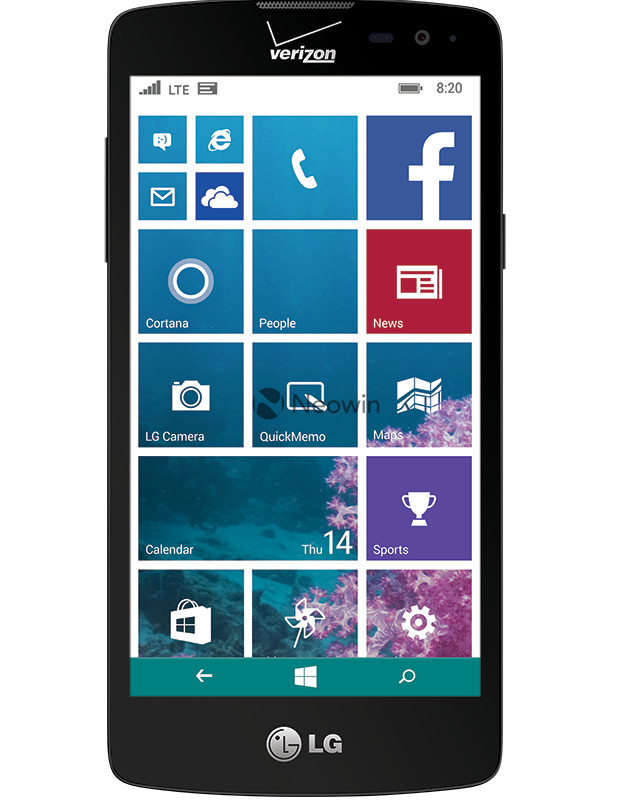 We have been hearing whispers about LG building a new Windows Phone and now we have the first look at the new device.

The phone, which you can see above, is using virtual buttons at the bottom of the screen that are generally used by lower end devices. But, the HTC One that ran Windows Phone also used virtual buttons, so there is still a chance this could be a higher end device. Also, the phone appears to be running Windows Phone 8.1 as well, not Windows 10 for phones, which means this device could be showing up in the near future.

Unfortunately, we don't know the specs of the device but you can see a front facing camera in the top right of the device. And of course, like all modern smartphones, this device does have LTE support too.

A rough guess would peg this device having a 4.5-5in display based on the size of the tiles that you can see on the screen.

While this device does not appear to be a flagship that many have been hoping for, - we would love to see an LG G3 (or G4) running Windows Phone - it will give customers on Verizon a new device with Microsoft's mobile OS.

The image had the word Lancet in the filename, we are not sure if this is the name of the phone or it could be a placeholder.

The addition of the new Windows Phone to the market will surely appease Microsoft that has been trying to sway OEMs into building devices running its mobile OS instead of Android. With LG testing the Windows Phone waters again, if things go well, this could be the start of a new Windows Phone wave of devices that are not called Lumias.

Thanks for the tip anon