If you have once hoped to take your children to a “healthy” tour through somewhere like a Jurassic Park, you will need to take that off your bucket list. Paleontologists at the University of Manchester have re-analyzed collagen from a Tyrannosaurus rex bone discovered ten years ago and that inspired the idea of a Jurassic Park among scientists around the world.

Not all scientists were convinced about the decade-long discovery of dinosaur collagen, though, due the possibility of bacterial contamination or even of modern contamination in the laboratory. It was the last possibility that was tried by the Manchester team of researchers, which analyzed the collagen on bone samples from three different ostriches and matched them to the previously reported Tyrannosaurus rex and Brachylophosaurus (another dinosaur) collagen samples. According to Dr. Mike Buckley:

"Our work set out to identify the collagen fingerprints for both Ostrich and Alligator and was not intending to debunk the previous studies. However, we soon realised that our results were pulling the rug from beneath the paradigm that collagen might survive the ravages of deep time."

If the collagen was indeed a prehistoric protein, it could have been the first step toward rebuilding dinosaurs. But as previously determined by the scientific community, collagen sequences have not been found to survive beyond 3.5 million years old, so it would be really difficult for it to survive for 68 million years, since the mass extinction of the dinosaurs.

As already reported here at Neowin, another huge coral bleach event was being expected for 2017 in Australia’s Great Barrier Reef. Unfortunately, the event is worse than first thought, and scientists expect it to accelerate unless global carbon emissions are cut.

Coral reefs are diverse underwater ecosystems developed inside and around calcium carbonate structures secreted by corals, which are marine invertebrates. Those reefs provide a home for at least 25% of all marine species, but are extremely sensitive to temperature variations.

Last year, aerial and in-water surveys accounted for 22 percent of corals destruction, but current surveys already account for 29 percent. To make matters worse, this marks the second straight year of bleaching, an unprecedented scenario what could lead corals to finally die, with serious consequences for the ecosystem they sustain. According to Russell Reichelt, chairman of the Great Barrier Reef Marine Park Authority (GBRMPA):

"The Great Barrier Reef is a large and resilient system that's previously shown its capacity to bounce back, however the current changes are undermining the resilience of the reef."

This year’s reports on the bleaching event are yet to be finished. But in a world where some insist climate change is not real, the GBRMPA is also studying options to protect coral reefs, such as “developing coral nurseries, strategies to boost culling of crown-of-thorns starfish, expanding monitoring systems and identifying priority sites for coral restoration”.

NASA prepares the launch of the first neutron star mission

Neutron stars and pulsars are created after massive stars exhaust their nuclear fuel, explode and collapse into super-dense spheres. They were theoretically proposed in 1939 by British astrophysicist Jocelyn Bell and discovered back in 1967. But as stated by Keith Gendreau, from NASA's Goddard Space Flight Center in Greenbelt, Maryland:

"The nature of matter under these conditions is a decades-old unsolved problem. Theory has advanced a host of models to describe the physics governing the interiors of neutron stars. With NICER, we can finally test these theories with precise observations."

NICER stands for Neutron Star Interior Composition Explorer, a NASA mission expected to be carried to the International Space Station (ISS) aboard a SpaceX Falcon 9 rocket during the CRS-11, a cargo resupply mission. NICER, which is equipped with 56 X-ray telescopes and silicon detectors, will be externally installed on the ISS to investigate neutron stars.

In the 18 months after its installation on the ISS, NICER is expected to collect X-rays generated from the stars’ magnetic fields and from their two magnetic poles, a region from where pulsars emit powerful beams of radiation. Furthermore, NICER's telescopes will be used on another experiment, the Station Explorer for X-ray Timing and Navigation Technology, or SEXTANT. This experiment aims at developing algorithms that can harness the pulsar’s predictable pulsations to create an analogous to GPS for deep-space exploration. 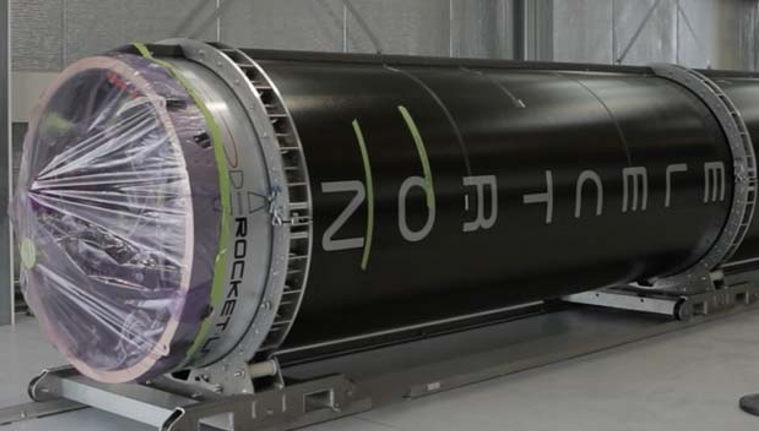 As already reported here at Neowin, for the first time, a rocket was launched using a 3D printed engine, which was also manufactured in just 24 hours. The rocket was launched from a private launch pad in New Zealand on May 25 by US-based Rocket Lab.