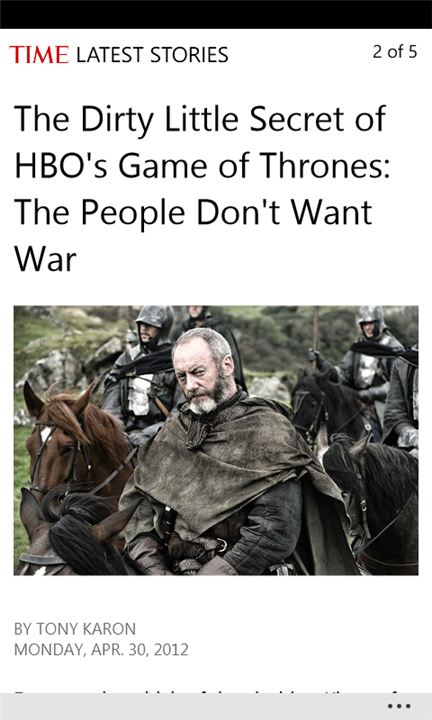 While Time still produces the print weekly magazine, the Windows Phone app also includes videos from the Time.com website along with the extensive and impressive articles and photography that have become the trademarks of the news outlet.

Yet another popular news media outlet, The Daily Beast, has also launched the first version of its Windows Phone app earlier last week.

Finally, WPCentral.com reports that The Wall Street Journal may be the next big media outlet to release a Windows Phone app. Details and a specific release date were not mentioned, although the site claims the launch is "right around the corner."