Last month, Google unveiled their bold plan to bring 1 Gb/s Internet to the United States using a fiber optic network. As part of the plan, Google is looking for cities to nominate themselves to be a part of the initial trial. Cities can be nominated by individuals, or by city officials. .

It seems that Topeka, KS is really pushing for Google's attention. According to CJOnline, Topeka's mayor, Bill Bunten, signed a proclamation, changing the name of the city to Google, KS for the month of March. The city is serious about bringing Google's fiber network to its people. The city council and community is fully onboard with the name change and push for fiber. Facebook group, Think Big Topeka, which was organized to campaign Google, now has 10,000 members.

The idea of changing the city's name to Google was suggested by general manager of WIBW-TV Channel 13, Jim Ogle. Name changing isn't something so new for the small Kansas city. Back in 1998, Topeka changed its name to "ToPikachu" in order to pay homage to the nationwide release of the Pokemon franchise. 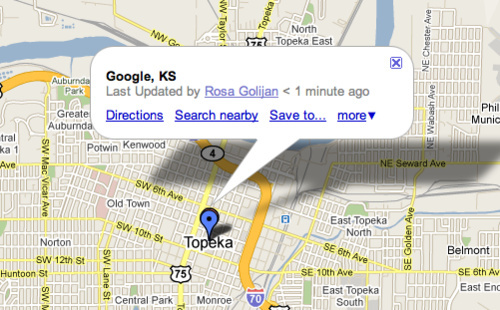