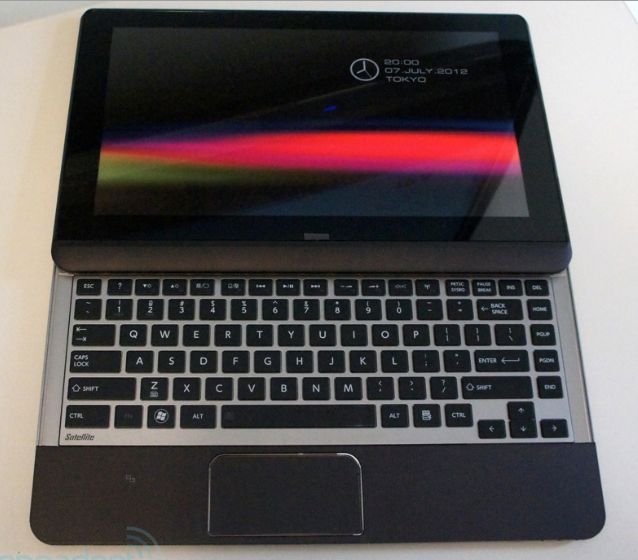 While some PC makers are showing up early but working production models of devices that will run Windows 8 at Computex, Toshiba is taking a different approach. Engadget has posted a story with a gallery of images that feature some Windows 8-based concept designs from Toshiba that ultimately may or may not be made.

One of the concepts is shown above, which has a touch screen tablet but with a slide out keyboard that's similar to what someone might find on a smartphone. Yet another design has a tablet with a detachable keyboard. Finally, Toshiba showed a normal clamshell laptop case with a touchscreen.

There is no information at all about the hardware specs inside any of these concept products and it's possible that Toshiba may not make one, two or even all three of these products. It's also possible that the company is using Computex to get some public input on these designs before deciding on whether or not to make them.

However, it is almost certain that Toshiba will be making new Windows 8-based notebooks from its long running Satellite line up. We should see those debut around the time Windows 8 itself is launched by Microsoft late in 2012.