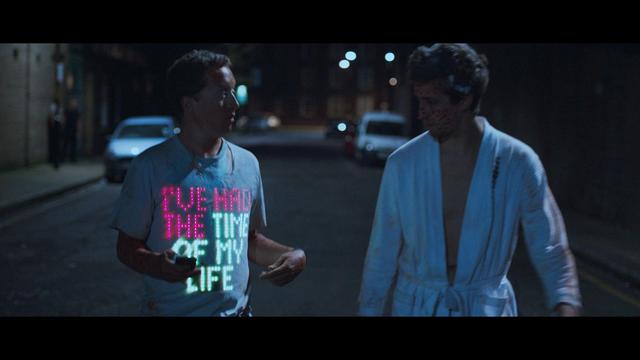 T-shirts are probably the most common item of clothing you're going to find in any wardrobe, irrespective of gender, age, or any other factors. That they've been around for so long without any major change has been quite impressive; they've got quite the long legacy to leave behind in the event they ever die out.

You may remember that earlier this month, we covered TshirtOS: an internet-ready t-shirt. At the time, I admit, I did have a suspicion it was an elaborate prank being played by the group resposible. A press release I received now seems to indicate it's real, and it comes with a video to prove that it was not some clever joke.

It's a pretty cool idea, even if you may never find a use for it. The screen sounds pretty decent, even with a resolution of 1024 pixels. Each pixel is spaced 1cm away from the others, so it won't be a Retina Display-grade PPI. The screen is controlled by thirty-two microprocessors, using the "Q" screen control software developed by CuteCircuit.

The camera used is an Omnivision Camera Cube, so it ought to be capable enough for everything you need. Initially, the t-shirt will support iOS5 alone. No word is provided on Android or backwards compatibility for those Apple devices left behind by the iOS release cycle.

One thing observed pretty regularly was that the t-shirt featured Ballantine's name on it quite regularly, despite Ballantine's being a Scotch whiskey company. It isn't explained what exactly this company has to do with the development of the t-shirt. Someone has to raise the possibility that they were drinking huge amounts of the stuff while coming up with this concept, so that's that joke used up already. 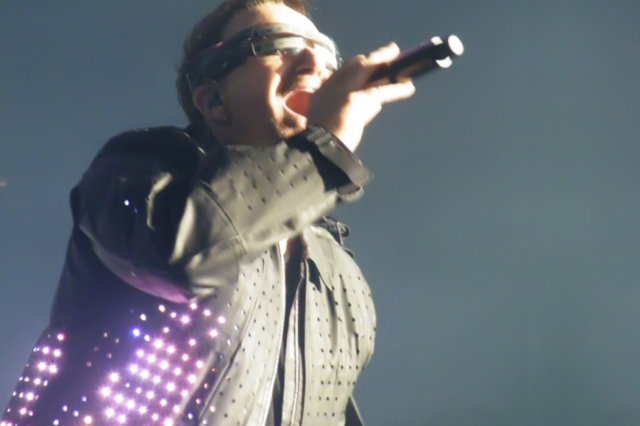 Only Bono could pull off a jacket covered in more than 5,000 LEDs.

The t-shirt itself seems to be being developed by Cute Circuit, who are a company familiar with this sort of thing. They produce plenty of strange clothing, including Bono's jacket from the U2 360° worldwide tour. They should know better than anyone how to develop a shirt incorporating LEDs and all sorts of other crazy things.

The video above is recorded in a rather distinctive style. Some of the advertising buffs among readers might recognise it as the work of Kim Gehrig, who also directed the video to Calvin Harris's 2007 song "Girls", as well as the Coca-Cola: Beat 2012 documentary on the Olympics. The shirt does seem to have some extremely big names behind it, so maybe we were wrong to assume it was just a well-executed prank. It's still well-executed, but it might not be a prank.