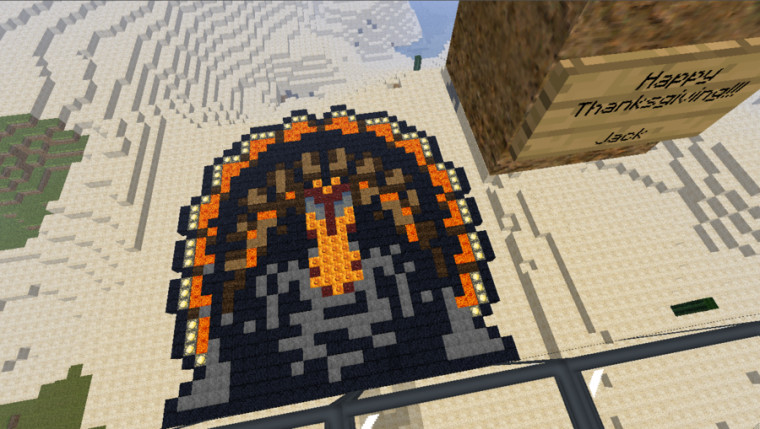 File this under strange but Turkey's Family and Social Policies Ministry has ruled for a nationwide ban of Minecraft. This call follows the results of an investigation which were carried out last month to confirm if Minecraft is a game which promotes violence.

Surprisingly, the ministry's result have concluded that the game is "too violent" and hence inappropriate for children. The government body's report has been sent to legal authorities along with instructions regarding how to initiate the ban. The only thing that stands in the way of the ruling now is approval from Turkish courts.

Last month, a Turkish reporter asked the minister for Family and Social Policies, Aysenur Islam if the government intended to look into the game because it promoted aggression by awarding points for killing characters, to which Aysenur replied:

[We] will examine the game and see if there is an element of violence.

Today, the survey's result have been revealed which claim that:

Although the game can be seen as encouraging creativity in children by letting them build houses, farmlands and bridges, mobs [hostile creatures] must be killed in order to protect these structures. In short, the game is based on violence.

Other appalling details of the report stated that the Ministry felt that Turkish children playing the game will become socially isolated and because of the online component of the game, could also be a victim of Internet bullying. Moreover, the ministry also believes that children addicted to the game will confuse in-game material with the real world and even start torturing animals, insensitive to their pain.

Although the decision is pending approval as of now, its quite noteworthy that Minecraft is extremely popular, even in Turkey. A recent Minecraft book became a children's best-seller in the country, further emphasizing the popularity of the game.