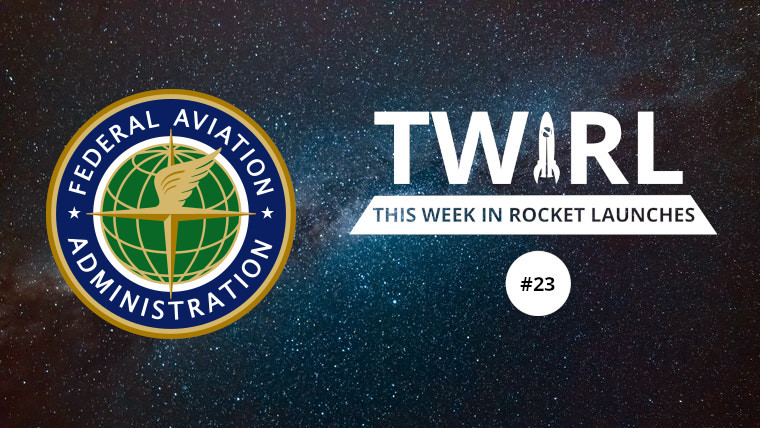 Over the last few editions of This Week in Rocket Launches, we’ve covered Richard Branson’s and Jeff Bezos’ trips to space aboard their own spacecraft. Following their successful launches, the U.S.’ Federal Aviation Administration (FAA) has come up with new rules which deprive the billionaires and their passengers of the title astronaut. Under the new definition, those looking to get the title must be part of the flight crew and make contributions to space flight safety.

Despite the FAA’s rejection of the billionaire’s claim to be astronauts, BBC reports that the FAA will offer honorary awards based on merit but that these are offered at the discretion of the FAA’s associate administrator. It’s unclear yet whether the FAA will recognise those on the two launches or not at this time.

Now, let's take a look at next week's launches.

The first launch of the week comes from China where a Long March CZ-2D will carry the Tianhui 1D satellite into orbit. The satellite was built by the Hangtian Dongfanghong Weixing Corporation and the Chinese Academy of Space Technology, it includes a three-dimensional imaging system. The constellation this satellite is part of has been merged with part of the Ziyuan Earth Observation program that’s made up of civilian and military remote sensing satellites.

There are two launches on Friday, the first is a United Launch Alliance Atlas V N22 rocket carrying the second CST-100 Starliner. The CST-100 Starliner will be doing its second uncrewed Orbital Flight Test (OFT-2) to the International Space Station as part of NASA’s commercial crew program. The craft will dock at the ISS for 5 to 10 days and will arrive with 345kg of cargo for those aboard. The cargo will consist of food and crew preference items. You will be able to see the launch on YouTube.

The second launch on Friday will be from Arianespace which will launch the Ariane 5 ECA+ rocket carrying the Star One D2 and Eutelsat Quantum communications satellites into orbit. The Star One D2 satellite is owned by Embratel Star One and will deliver telecommunications, direct-to-home television services, and fast broadband to people in South America, Mexico, Central America, and parts of the Atlantic Ocean.

The first launch we got last week was the Long March 2C carrying the Yaogan 30 Group 10 and Tianqi 15 satellites. The Yaogan satellites will perform electromagnetic detection.

The second launch was the popularized New Shepard 16 carrying Jeff Bezos and co. to the edge of space.

Finally, Roscosmos launched the much delayed Nauka module into space aboard a Proton M rocket. It will add about 14-meters to the ISS and is carrying the European Robotic Arm for the European Space Agency.