Amazon has been rumored to be working on some kind of hardware device that connects to a television for a while now and today, some media outlets got an invite to attend a press event that will be held by Amazon on April 2nd in New York City. 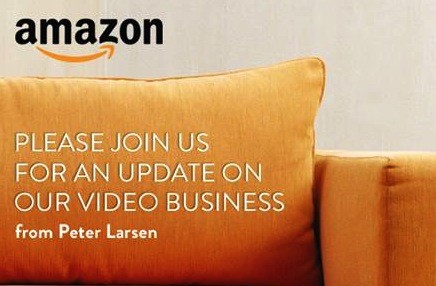 The invite, as posted by VentureBeat and other websites, states that the event will be led by Amazon's vice president of its Kindle division Peter Larsen and that it will offer "an update on our video business." The fact that Amazon's lead Kindle executive is going to be heading up the press event is a big clue that whatever is announced, is related to hardware.

The rumors that Amazon might launch some kind of TV-based device have picked up steam recently, including one report that claims the product will be a small HDMI dongle similar to Google's Chromecast; there are also rumors that it might double as a game console. Amazon has been buying up game development studios and a few weeks ago ,images leaked to the Internet that allegedly show a game controller that has the company's logo. Hopefully we will learn a lot more about this subject on Wednesday.

On the other hand, the event might be to reveal a ad-supported free video service. The Wall Street Journal reported today that is in the works at Amazon, citing unnamed sources.