Twitter has updated its' main page to re-focus the social networking and micro-blogging service as a search engine.

The new look homepage is only available to new users and will be shown when you are not logged in to Twitter. Biz Stone, Co-founder of Twitter, said in a company statement, "Twitter has moved from simple social networking into a new kind of communication and a valuable source of timely information." Stone also confirmed that Twitter will be tweaking the homepage in the future, responding to customer feedback.

Over the past 12 months Twitter has gone from a million unique visitors to over 20 million in the US alone. The popular tool has seen some interesting web applications built around it. Stweet allows you to navigate streets in Google Street View and see what someone has said about the street. Microsoft is planning to build Twitter functionality into the Xbox 360, set to be released in the next couple of weeks.

The popular service has not been without problems though. Celebrities suffered from hack attempts on popular accounts earlier this year. Recently, a hacker gained access to personal accounts of those in Twitter support and then leaked personal and Twitter business information.

If you are a Twitter user then don't forget to add @NeowinFeed. 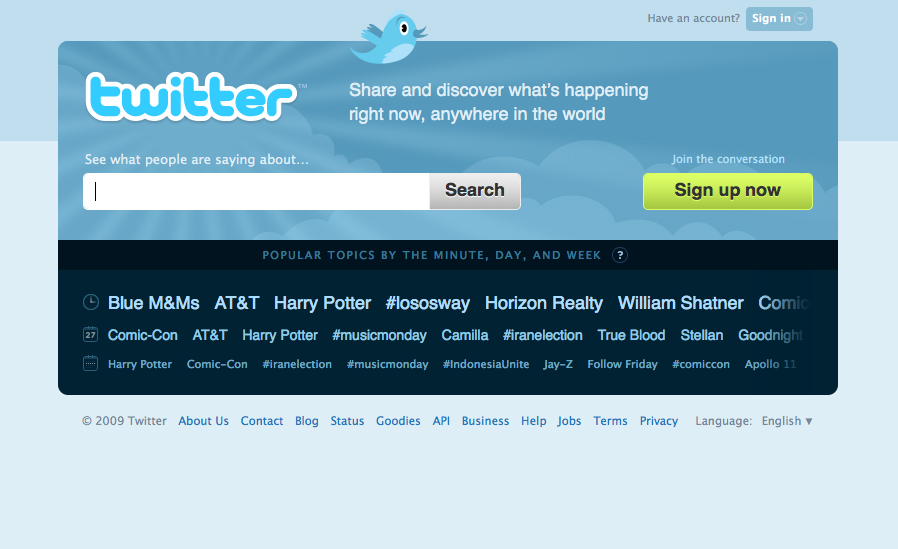