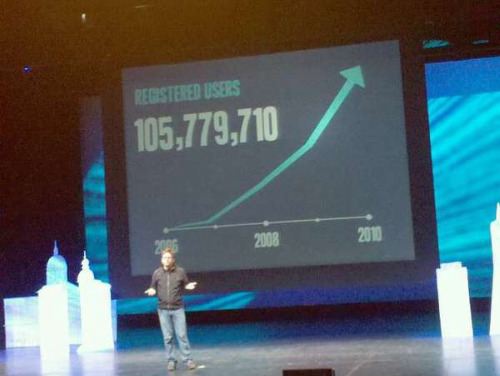 At Twitter's Chirp developer conference, company co-founder Biz Stone revealed that there are currently over 105 million registered Tweeters on Twitter. The exact number is currently pinned at 105,779,710. This figure was revealed in a presentation slide at Chirp. In comparison, Facebook boasts four times that number of registered users, at 400 million users, despite being only two years older than Twitter.