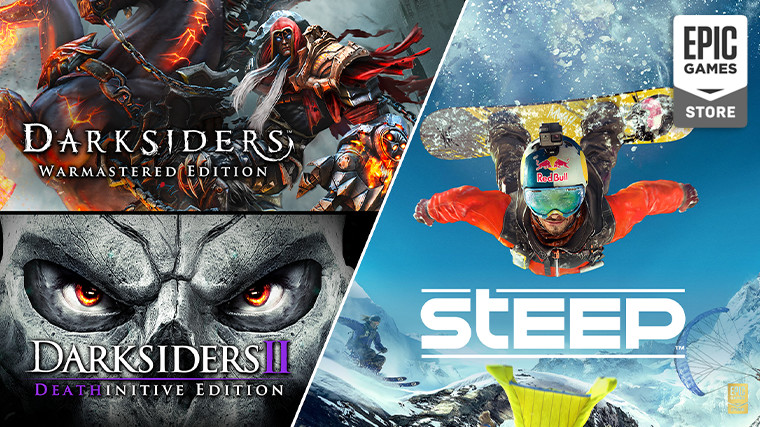 Epic Games Store's Holiday festivities have come to an end, also bringing the 12 Days of Free Games promotion - that went for 13 days - to a halt. However, that doesn't mean the giveaways have condluded, with Epic Games now putting on offer Darksiders Warmastered Edition, Darksiders II Deathinitive Edition and Steep for free. It's also a return to the old weeklong schedule, though it may be for the final time, as these games will be free to claim until next Thursday.

The two hack and slash action titles from the Darksiders series have players taking roles of War and Death from the Four Horsemen of the Apocalypse, smashing and slashing their way through countless enemies. These are remastered editions of the games as well, coming with enhanced graphics and, in the case of the sequel, all DLC.

Meanwhile, Steep arrives from Ubisoft's coffers, and it has been given away before. It is an extreme snow sports title that provides players access to an open-world mountainous environment with skiing, paragliding, wingsuit flying, and snowboarding activities, all in multiplayer.

Claiming Darksiders Warmastered Edition, Darksiders II Deathinitive Edition, and Steep can be accomplished by going to their store pages on the Epic Games Store. The trio of titles will be free until January 9, and Epic hasn't listed any hints at another giveaway coming in afterward, meaning this finally may be the finale of freebies.

The store has extended its holiday sale by a week, however, with some games returning with discounts. The Epic Coupon offer is also still available, cutting down the price of any game above $14.99 by $10, as long as it's not a pre-order.