Old-school nostalgia has been keeping companies busy of late. Nintendo's NES Classic has been in short supply since it was announced, and the virtual console for Nintendo Switch is coming, but not for a few months yet. So what are gamers to do? How about an Atari 2600 handheld or plug and play Atari 2600 joystick to sate that craving?

Atari has partnered with PQube to create two new retro units pre-loaded with 50 different old-school classics from the Atari 2600. The Atari Retro Handheld boasts the classic wood finish, a 2.4" screen, and an A/V output, with HDMI adapter available. The Atari Retro Plug and Play TV Joystick, on the other hand, is designed to plug into a TV through an A/V cable or HDMI adapter. It looks like the old Atari 2600 controller, with the addition of Start, Reset and Select button on its side.

Yes, it will have Asteroids, Pong, Centipede, Missile Command and Breakout, as well as: 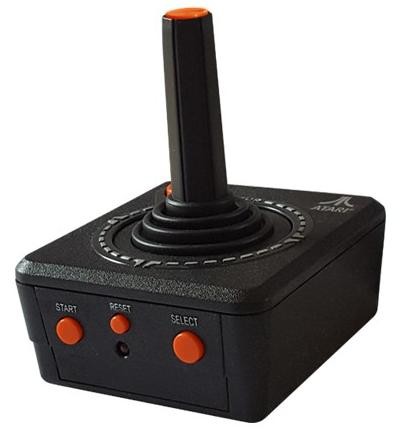 The handheld will sell for £34.99, while the joystick will retail for £24.99. Both are currently available for pre-order through Funstock Retro, and will start shipping some time in November.

This is not to be confused with Atari's planned Ataribox console. That's still in its early stages, but Atari CEO Frederik Chesnais said that the two products should "give our fans the opportunity to relive the golden age of videogames wherever they go.”