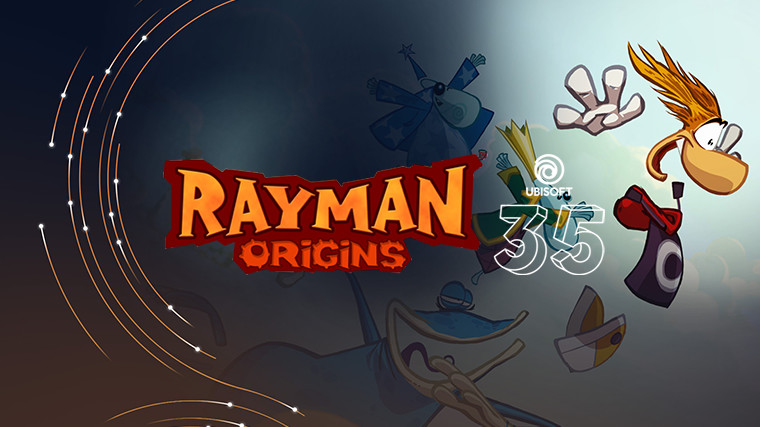 Ubisoft's giveaway streak continues, and following Anno 1404 History Edition, the latest one to land is Rayman Origins. This giveaway is also part of Ubisoft's 35th anniversary celebrations, and lands right alongside the winter sale of the company's own store.

Released in 2011, Rayman Origins arrived as the fourth entry in the mainline side-scrolling platforming series. The title was extremely well received at launch, with it featuring over 60 levels and heaps of secrets to uncover. Couch co-op is also included, letting up to four players go through the adventure together.

This is not the first time Ubisoft has given away Rayman games, so don't be surprised to find other entries, or even this one, already waiting in your Ubisoft Connect library.

The Rayman Origins freebie promotion will run through December 22 and can be claimed on the anniversary giveaway portal or using the Ubisoft Connect client on PC. The title costs $20 normally when not on sale. Don't forget to grab the Shadow Tactics: Blades of the Shogun, Godfall, and Prison Architect giveaways running right now too.

This seems to be the final Ubisoft giveaway planned as part of the 35th anniversary festival, ending the run that began over a month ago. Meanwhile, the Ubisoft 2021 Winter Sale will last until January 6, and on top of the existing discounts, the code HELLO22 can be used to knock 22% off the cart when checking out with games.