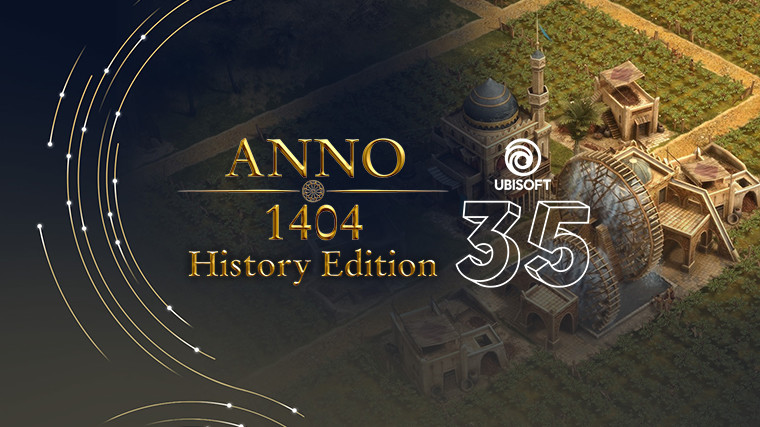 With two giveaways under its wing that included Assassin's Creed and Splinter Cell entries, Ubisoft has now returned with a new freebie celebrating its 35th anniversary. The latest drop is a copy of Anno 1404 History Edition. Once again, it's only available to PC players.

Launched in 2009 following Anno 1701, Anno 1404 (or known as Dawn of Discovery in the USA) by Blue Byte offers players the series' classic city-building and economy management gameplay. There are islands to colonize and make settlements on, factories and farms to set up for cultivating a happy population, and plenty of opportunities for diplomacy, or war, with other states.

As this is the History Edition, it also includes the Venice expansion that has co-op and competitive multiplayer aspects alongside various enhancements to make the title run without hitches on modern systems.

Here are the minimum requirements for this release:

The Anno 1404 History Edition giveaway will run through December 14 and can be claimed on the anniversary portal or using the Ubisoft Connect client on PC. The title costs $15 normally. There may be one more giveaway planned in the 35th anniversary celebrations of Ubisoft going forward.