Last month, Microsoft and Google committed to join Apple in implementing new anti-theft protections in their operating systems, providing a disincentive to those who might be thinking about stealing your device. It's part of an industry-wide measure to address the problem of crime related to mobile devices - and authorities want more to be done to convince potential thieves that stealing phones isn't just wrong; it's also futile.

London's Metropolitan Police (known colloquially by some Brits as 'the Met') believes that an important step in this direction will be the introduction of mandatory passwords on every smartphone sold in the UK. As The Register reports, the Met has been lobbying government and device manufacturers, including Apple and Samsung, for the last two years to get them to commit to implementing this policy. 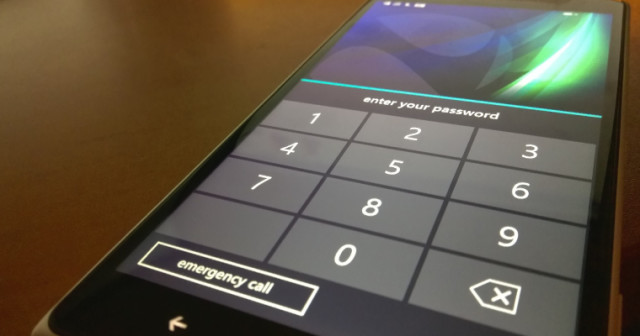 According to research by the Met's National Mobile Phone Crime Unit (NMPCU), as many as 60% of devices in the hands of British users are not protected by a password, PIN code or similar. This makes it easier for thieves to not just wipe devices to be resold, but also to access the data stored on them.

Detective Chief Inspector Bob Mahoney, who heads the NMPCU explained: "We have intelligence that shows a phone with personal information is worth more than other mobiles, because the thief can sell it to anyone who can make use of that info. On an unlocked phone, you can find a person's home address, home telephone number, their partner's details, their diary, Facebook and Twitter account. This allows thieves to know when a target is not going to be at home or perhaps use their details to set up banking loans. They could destroy a person's life."

The hope is that by forcing users to deal with a pre-installed password, they will consider the security of their handset more carefully. "We are trying to get [passwords] to be set as a default on new phones," Mahoney explained, "so that when you purchase it, you will physically have to switch the password off, rather than switch it on."

He added that the idea has gained "a lot of traction", both in the industry and in government, and is just one of a range of measures being considered to help improve user awareness of the risks, and - ultimately - to help reduce crime.