It seems that we are far from having learned the whole, ugly truth about government surveillance of citizens. After it emerged a few months ago that the NSA and other agencies had the capability to activate a user’s webcam remotely, and without the indicator light showing it is in use, it has now been revealed that UK intelligence agency GCHQ captured images from webcam chats of unsuspecting users.

According to The Guardian, GCHQ worked with America’s National Security Agency on a joint project called Optic Nerve. The program targeted Yahoo webcam chats between 2008 and 2010, but users were not targeted individually. Indeed, the method of collection appears somewhat indiscriminate, with still images captured and stored from the cam chats of over 1.8 million users within a single six-month period in 2008.

In documents leaked by infamous whistleblower Edward Snowden, Optic Nerve is described as “a web interface to display Yahoo Webcam images sampled from unselected intercept and a system for proportionate target discovery.” The program captured one image from every five minutes of a user’s video conversation. 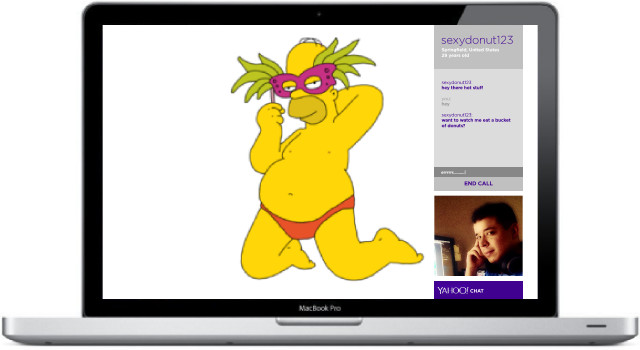 Notes in the documentation suggest that Optic Nerve had at least one application in the field of facial recognition: “Face detection has the potential to aid selection of useful images for ‘mugshots’ or even for face recognition by assessing the angle of the face,” the notes say. “The best images are ones where the person is facing the camera with their face upright.”

Yahoo was reportedly chosen above other services because, according to the documentation, “Yahoo webcam is known to be used by GCHQ targets”.

Apparently, GCHQ had some issues with sifting through gigabytes of sexual imagery captured on cam. One document naïvely states: “It would appear that a surprising number of people use webcam conversations to show intimate parts of their body to the other person. Also, the fact that the Yahoo software allows more than one person to view a webcam stream without necessarily sending a reciprocal stream means that it appears sometimes to be used for broadcasting pornography.”

Yahoo is, unsurprisingly, furious about the revelations. A spokesperson for the company said in a statement: “We were not aware of, nor would we condone, this reported activity. This report, if true, represents a whole new level of violation of our users’ privacy that is completely unacceptable… We are committed to preserving our users’ trust and security and continue our efforts to expand encryption across our services.”