The folks at the Electronic Frontier Foundation have been fighting hard to help Megaupload users salvage their precious data since Uncle Sam crashed the party back in January, and even though Kim Dotcom is gearing up his new project, the fight is far from over.  Unfortunately, the last couple of days have brought some disturbing developments for anyone who uses cloud storage.

On Tuesday, the EFF filed a brief on behalf of Kyle Goodwin (the only person so far that’s willing to go to court over their Megaupload data), outlining a process for Megaupload users and anyone unfortunate enough to be caught in the same situation in the future to retrieve their data.  That’s all well and good, but the US Government responded with their own brief outlining an alternate process. The only problem is that their process is so convoluted that it basically cuts off everyone from their data.

EFF attorney Julie Samuels told Wired that the government’s process, which consists of a long, drawn out series of court appearances and witness testimonies, is “almost an insurmountable hurdle for any individual or small business.” But we haven’t even gotten to the bad part yet. 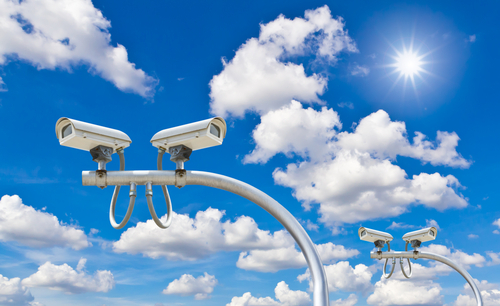 The most troubling part of the whole mess is that the government has sifted through Goodwin’s files, looking for any excuse it can find to hold on to his data. At the same time, their brief questions “the cost and technical feasibility of finding a single user’s data on [Megaupload host] Carpathia[‘s] servers.” We’re not exactly sure how that works. How, you ask, does the government go about searching through someone’s private data when that person isn’t even the subject of a criminal investigation? It’s simple, really – the data doesn’t belong to that person at all.

Basically, they’re saying that the instant someone uploads their data to the cloud, they lose any rights they have to that data. That’s pretty scary stuff, especially when you consider the level of cloud integration in modern operating systems. And if you think you’re safe using SkyDrive, iCloud, or Google Drive, think twice – the government is taking this approach to all cloud data, not just Megaupload.

Cloud storage offers some amazing benefits to users, but at the same time it’s pretty clear that the US Government has absolutely no interest in respecting, let alone protecting, users’ data.  Actually, it looks like they’re pretty happy to exploit it for everything it’s worth. Scary, huh?