As governments all over the world begin to adapt to a new era of national security, where cyberwar is as real as bombing runs and whole bureaucracies are formed and dissolved around the digital battlefield, one US senator wants to protect the digital populace in a way not many will take kindly to, according to InfoWorld. Sen. Joseph Lieberman (I-Conn.), in a proposed bill called the Protecting Cyberspace as a National Asset Act of 2010, lays out in 196 pages his plans to give the government the right to order ISPs to cut off service in a national emergency and make them pay heavy fines if they refuse to comply. The bill also sets up a sub-bureaucracy under the Department of Homeland Security called the National Center for Communications and Cybersecurity (NCCC). Sen. Lieberman explained that other countries have been enacting legislative systems that allow for such a 'kill switch'. "Right now China, its government, can disconnect parts of its Internet in case of war, and we need to have that here, too." 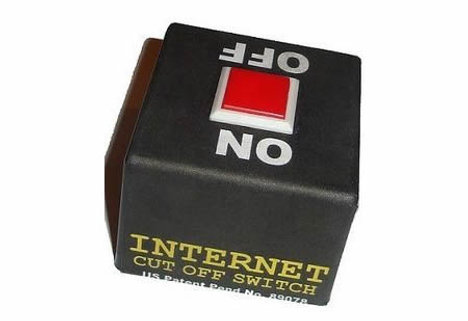 This wouldn't be the first time legislation like this was presented to the legislative bodies of the US government. The Cybersecurity Act of 2009, proposed by representatives Olympia Snowe (R-Maine) and Jay Rockafeller (D-W. Va.), suggested that the government enforce the existence of backdoors in the Internet's infrastructure that allowed for emergency shut off. Snowe, in a press conference, said "We cannot afford to wait for a cyber 9/11 before our government realizes the importance of protecting our cyber resources." That proposal was sidetracked due to president Obama's push for health care reform, but Sen. Lieberman seems to be picking up where Snowe and Rockafeller left off.

Needless to say, this is a very controversial idea. Bill Snyder, writing for InfoWorld, is worried about free speech issues that arise from such a directive.

"As I said, I'm not a believer in conspiracies, and as much as I dislike this bill, I don't think that Lieberman and his co-sponsors are gearing up for some sort of dictatorship. But, there's no telling what the political landscape will look like in the future. In an age where the Internet has become one of the most important means of political expression, giving the government the power to shut it down is giving it the power to stifle free speech and dissent."

The last time a nation used executive powers to shut down Internet connections was during the Iranian Presidential Elections of 2009. It ultimately failed and the dissent among the progressive population there was defined by Internet services like Twitter and Facebook.