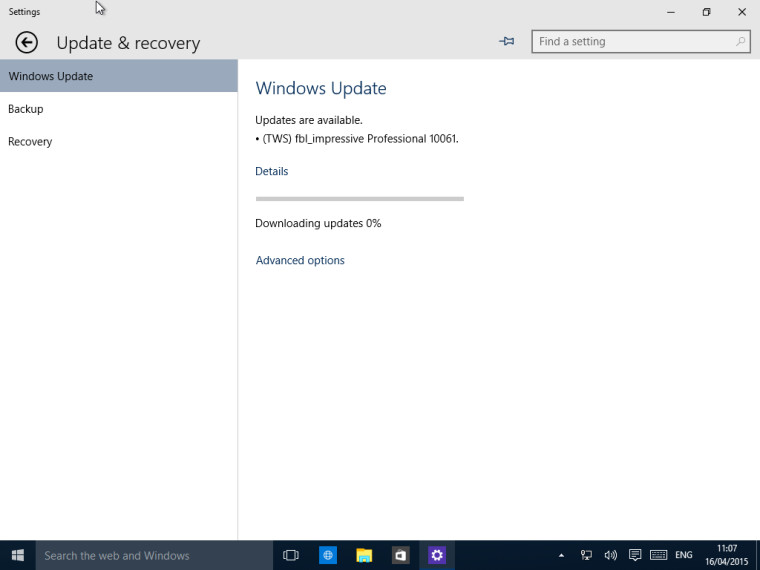 Users are seeing availability of build 10061, but it fails to update.

If you installed Windows 10 build 10056 which leaked last week, then you may be seeing a prompt to update to build 10061 through Windows Update, although this fails every time if you are not a Microsoft employee with access to internal builds.

Gabe Aul, the head of the Windows Insider program, pointed out as much on Twitter earlier today when asked about the mysterious update.

@CrazyCatsGot2 People who installed the leaked 10056 build will see 10061 offered, but unless they are MS employees it won't install.

The update alert is no indication that it will drop soon on the fast ring, but Microsoft has pledged to deliver more builds in quicker succession from here on out, with the last release being build 10049 on March 30th, two weeks ago.

A week after the official build dropped, 10051 leaked as well. Build 10049 introduced the Spartan web browser, with the leaked 10051 and 10056 builds further improving on the UI, as well as introducing a brand new Recycle Bin icon for the desktop, and Achievements.

It's currently unknown when the new build will appear, but those using the 10056 build need not worry about problems with upgrading to a newer official one, as previous leaks have supported upgrading.

Image & Tip via our forums.