μTorrent, a popular torrent client for Windows, Mac, Linux and mobile devices, has added another subscription plan to its roster. The new ad-free plan allows users to pay an annual fee of $4.95 which will remove advertisements from the μTorrent program for an entire year.

Being one of the most popular torrent clients, launching in 2005, it is clear that BitTorrent Inc, the company behind μTorrent, wants to be able to make money from the software, especially after it hit over 100 million downloads in April 2015. 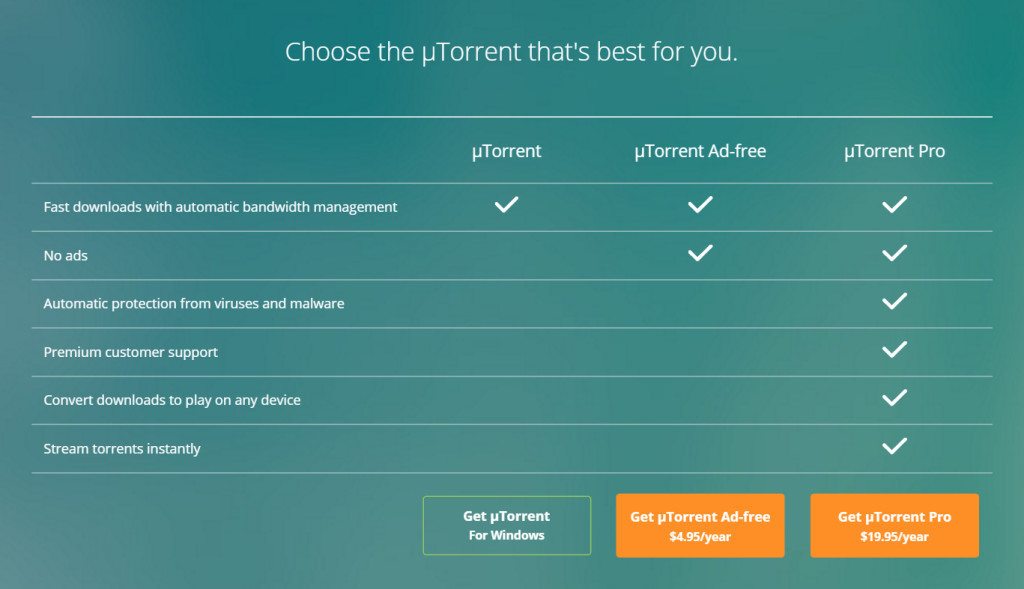 This adds a lower level tier on top of their already existing Pro plan which costs $19.95 annually, thus making the ad-free plan more suitable for those who only care for using the programs basic features and aren't too worried about more advanced features such as virus protection, customer support and file conversion.

For those who subscribed to the Pro plan purely for the ad-free experience may want to take a look at this new ad-free subscription, as it is 25% cheaper year-over-year, although you will lose access to the more advanced features that you're accustomed too.

BitTorrent Inc. also stated that they will be continuing to look for ways to monetize the program on a perpetual basis, as they try to increase revenue to support development costs.