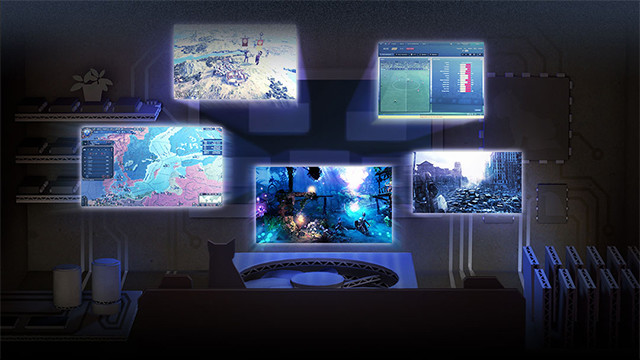 Valve has announced the Steam operating system, a Linux-based OS "designed for the TV and living room" that will merge the company's Steam game distribution service with any computer for free.

In a post on its website, Valve says SteamOS "combines the rock-solid architecture of Linux with a gaming experience built for the big screen." The game developer claims its new operating system provides "significant performance increases in graphics processing," which it claims game developers are already taking advantage of for their upcoming titles.

Gaming won't be the only capability of SteamOS, however, as the company is positioning the operating system as a multimedia mainstay, including support for "media services you know and love," though no deals have been announced yet. Game streaming will also be available, allowing users to play their Windows or Mac games from a SteamOS computer.

SteamOS will likely have a similar interface to Valve's "Big Picture Mode" for the Steam game distribution platform, which allows users to use their computers on televisions by reformatting interface elements. Valve curated a number of controller-friendly games – the most playable from a couch – and sold them at a discount when Big Picture Mode was officially released.

Valve says the operating system will be available for download "soon" for free, though no specific release date was provided.

Two additional Valve announcements are scheduled for this week, with one likely being the company's "Steam Box" initiative that will see it partner with hardware manufacturers for low-cost living room PCs. Valve previously said it would allow partners to use either a Linux or Windows operating system for the computers, though it's been critical of Microsoft's latest operating system in the past year. Valve stated three tiers of Steam computers would be available, with the lowest tier costing $99, a middle tier costing about $300, and a final tier being a high-end machine.

Computers in the lowest tier Steam Box would primarily feature steaming-capable equipment, such as integrated graphics cards, while the middle tier would likely include dedicated graphics cards and processors. The two lowest tiers would lack optical media drives, though the "best" tier would include whatever hardware partners wanted to add.

Despite Newell's distaste for Microsoft's most recent operating system, Windows 8 recently became the second most popular OS on Steam, behind Windows 7.