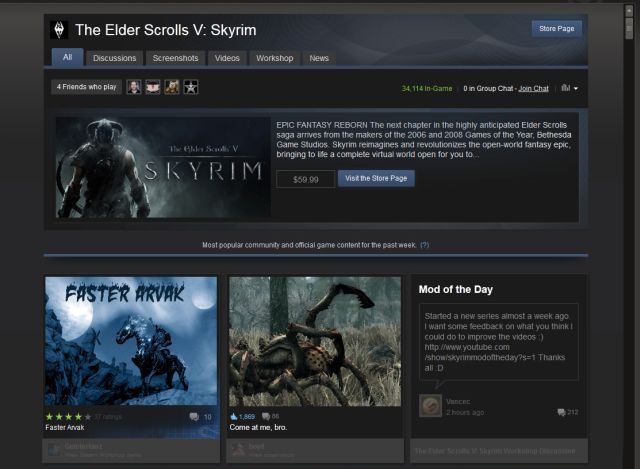 The first 50,000 invites will be given out to those Steam Community members that earn "Pillar of the Steam Community" badge. Each person will also get an extra invite to bring in another person, effectively increasing the amount of beta testers to 100,000. Even if you are not picked in this first round, you can go ahead and check out the new features on the Team Fortress 2 Steam Community page.

Valve has added quite a few new additions for Steam Community users. Each game in Valve's library of PC and Mac titles now has its own Game Hub, where those fans can read and participate in forum discussions, check out user generated screen shots and videos and use mods for the game via the Steam Workshop info, if the game supports that feature.

Other new features include a new layout for Steam Community Groups, with both public and private forums. Each Steam user can now collect all of his or her user generated content (videos, photos, mods) in one place and share favorite content with others. Finally, the Friends section has now been broken out into its own section away from the Steam Community.