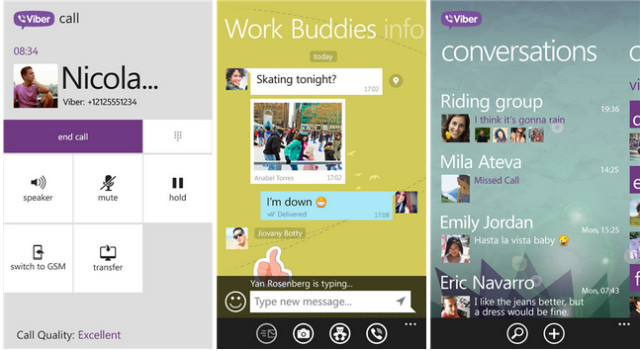 The Windows Phone 8 version of the popular VoIP application, Viber, has been updated to support calling phone numbers using the Viber Out feature.

Viber which is a direct competitor to Skype in emerging markets was recently purchased by Japanese online retailer Rakuten for $900 million and this is the first major update for its Windows Phone version since October 2013.

The Viber Out feature was first introduced in version 4.1 on Android and iOS devices in December and has taken nearly four months to arrive on Windows Phone. Using Viber Out, users can call landline and mobile numbers around the world using WiFi or cellular data connections with credit stored in the user's account. Users can manage their Viber Out account on the company's website here..

In addition to Viber Out, the latest update to the Viber app also enables support for Bluetooth headsets for calls. The app now allows users to share multiple images at a time as well as video messages.