Update: Virgin has now updated its site with the full details on its 50mbps service here.

Virgin Media is expected to unveil its 50Mbps broadband service at a press briefing this morning.

It will be the fastest domestic connection available to UK web surfers. Early reports suggest the XXL service will be priced at Â£51 per month with upload speeds capped to 1.75Mbit, increasing to 2.5Mbit in 2009.

According to a report in the FT, Virgin Media CEO Neil Berkett was quoted as saying "It will be premium-priced," at an investors conference in New York last week. "I see no reason to go in cheap" he added.

Earlier this year Virgin was slapped on the wrist by the Advertising Standards Authority for misleading adverts regarding its speed packages. Virgin media controversially began throttling users internet connections in May 2007 during peak times (4pm till midnight) for customers who downloaded a certain amount of data in that given time. It is unclear whether Virgin will apply these restrictions to the XXL service.

Members at popular cable forums are reporting the service is available now for Â£51 a month and confirmed this by posting the following self care page where Virgin Media customers can upgrade: 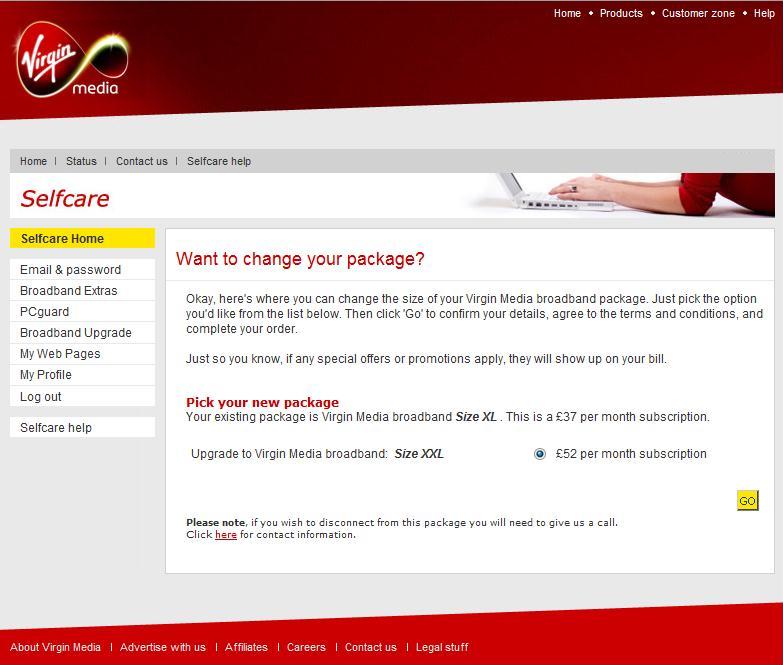