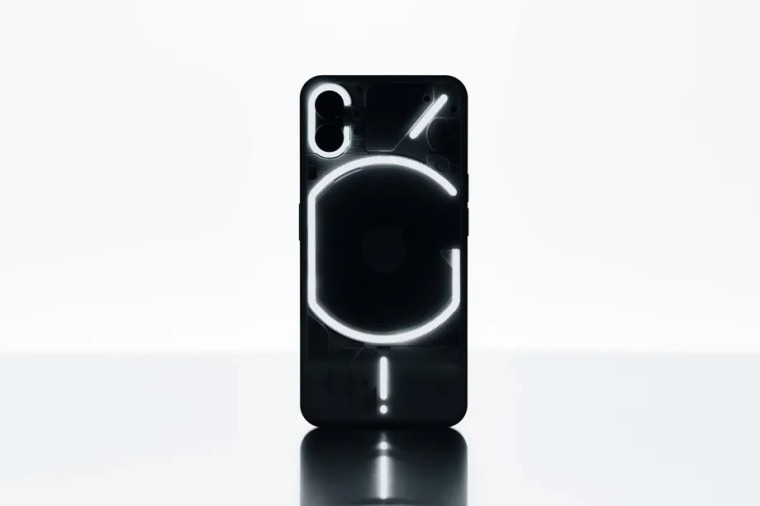 Nothing, the company that offered a pair of transparent truly wireless earbuds last year, has officially launched its first-ever Android smartphone. The Nothing Phone 1 has quite similar design aesthetics to the Nothing Ear 1.

The Nothing Phone 1 is by no means a flagship device. However, the company never claimed it would be launching a “flagship killer”. The Nothing company is clearly trying to offer better-than-expected specs in a cool-looking chassis.

The specifications might not drive the sales,but Nothing isn’t trying to compete with the likes of Xiaomi, Samsung, and others, on specifications. Instead, the Nothing Phone 1’s transparent back with four embedded LED strips is the device’s most appealing and unique factor.

Densely packed white LED strips (No RGB lights) are paired with a “Glyph” interface. Nothing Phone 1 owners will be able to customize these bright LED strips to light up differently for calls, notifications, and charging status. The company perhaps wants users to reduce the number of times they switch on the screen just to look at notifications. The LEDs can still ensure they alert users about important information through visual cues. It is significant to note that these LED strips are power-hungry, and hence, won’t remain lit up.

The Nothing Phone 1 runs the latest Android 12 out of the box. The OS is layered with a custom Android skin called Nothing OS. It has its own widgets with dot matrix fonts. The Nothing company is promising three years of Android OS updates and four years of security updates (delivered once every two months).

The Nothing Phone 1 will launch across over 40 markets, including the UK, Japan, India, and countries in mainland Europe. The device might not make it to the US shores, at least in the near future. The Nothing company has adopted a “pre-order pass” system to sell the company’s first-ever smartphone, and may already have a lot of customers eagerly waiting.