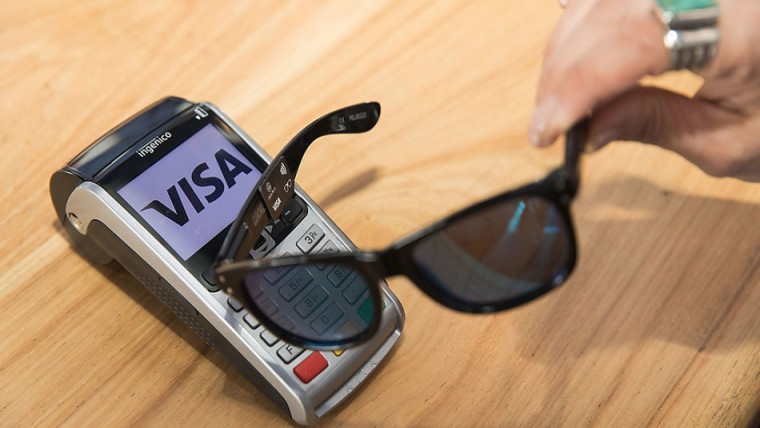 Visa has announced plans to start a pilot program to trial contactless payments using NFC-enabled sunglasses, of which fifty will be trialled by partners and influencers at the World Surf League’s 2017 Quiksilver and Roxy Pro surfing competition on Australia's Gold Coast.

The sunglasses contain a contactless chip which allows users to pay by holding them near a Visa NFC-enabled terminal. The glasses were unveiled and demonstrated at this year's SXSW festival, in which they were paired to a prepaid card.

Visa does note that as the glasses do not currently contain an authentication system, they could be used by someone other than their owners ﻿to make purchases and the card associated with the glasses would have to be canceled in such a circumstance.

Visa's trial of the sunglasses comes at an interesting time, with Samsung having recently launched its mobile payment service in India, and Snap Inc opening another pop-up store to sell its video-recording Spectacles. There has been no word on the proposed cost of the glasses, or whether they will be released to the public in the future.

Sources: The Verge and TheNextWeb |Image: Getty Images for Visa