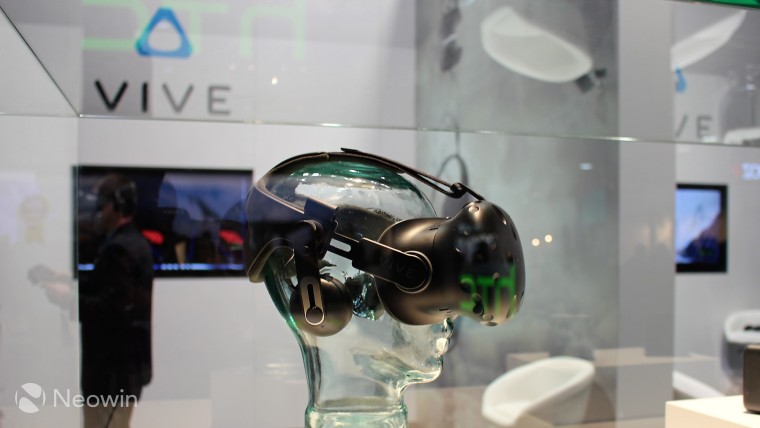 Virtual reality technology has a lot of potential but so far, it’s been out of reach for many users thanks to the expensive hardware. Vive is looking to ease that burden and has some zero-commission, no-interest financing options, for graphics cards and PCs alike.

Back in February Vive announced its financing program to help potential customers acquire virtual reality headsets at a more affordable monthly price. Now, the program has been expanded with three additional options, making it easier and more affordable than ever to get a hold of VR tech in North America.

The first offer is designed for those who already have a high-end PC, but lack a powerful graphics card to drive the virtual reality immersion. For these users Vive is offering its VR headset bundled with an Nvidia GTX 1070 Founder’s Edition card, all for $999. That’s about $200 off the sticker price for both devices, but with financing, users can get this bundle for just $49 per month, with a 24-month contract. Luckily, you don’t need a down payment and there’s no interest on the credit line.

The second bundle on offer includes a Vive VR headset and a MSI VR ready laptop, which the company touts as one of their “go to machines” when demoing VR on the road. This will cost users about $125 a month, shipping and tax estimated.

The laptop included in this bundle, the MSI GS73VR, has some very impressive specs and should serve users as much more than a simple gaming rig. These are its specs:

Finally, Vive is also offering a financing option for a desktop bundle, including a VR headset and the so-called Cyberpower GXi970 system. This bundle, which falls closer to the medium-range when it comes to desktop gaming, comes in at “less than $99 per month”. These are the desktop’s specs:

Buyers will also be getting one month free of Vive’s Viveport Subscription as well as a number of bundled VR titles.

All in all some of these deals may be quite attractive for potential customers, especially if they’re looking to spread out the high cost of a VR system over the long run. Here’s hoping deals like these make it to other parts of the world as well.